The longer and higher share prices advance, the harder it is to find good companies selling at attractive prices. But they're out there. 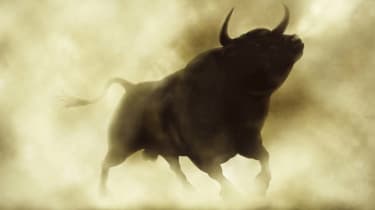 Just a few months away from its sixth birthday, this bull market is a senior citizen. It’s already the fourth longest of the past four decades.

But the old charger still has plenty of vigor, supported by a vibrant U.S. economy, lower oil prices, a healthier consumer and a strengthening greenback. In fact, with corporate earnings likely to grow 8%-10% on average for companies in Standard & Poor’s 500-stock index, U.S. stocks should offer an 11% total return over the coming year: a 9% gain for the S&P index plus a two percentage point average dividend yield.

Moreover, although share prices are carrying a bit of a premium, at 16 times estimated 2015 earnings, the market’s valuation is well shy of past tops. Still, investors will need to take greater care to profit in 2015. Higher volatility and fewer firms lifted by a rising tide mean picking the right stocks is likely to be critical.

Among the currents to be negotiated: Higher interest rates. The Federal Reserve is poised to nudge up rates midyear or later in 2015. The moves will likely be modest and gradual, and with overseas demand for the safety of U.S. assets remaining high and expectations of inflation low, increases in long-term yields, which are set in the bond market, are likely to be modest. In sum, the impact of both short- and long-term rate hikes should be benign.

But if the Fed acts more aggressively or sooner than expected, or if bond yields run up, consider a shift to defensive stocks —the companies that make the stuff we use every day. Think makers of toothpaste, cereal, diapers, toilet paper, laundry detergent and so on.

Then there’s the oil price drop, which tarnishes the luster of energy firms. Note, though, that a few, including behemoths Schlumberger (SLB) and Halliburton (HAL), have already been so beaten up that they’re looking like bargains to hold long term. The decline is a boon for companies that rely on oil-based raw materials. Chemical firms, such as PPG Industries (PPG), which makes automotive finishes, house paint and industrial coatings, are a good bet. Also Goodyear Tire & Rubber (GT) or the like.

Lower gas pump prices mean consumers have more to spend elsewhere, which is good news for retailers. Consider Wal-Mart (WMT), Macy’s (M) and discounter TJX Companies (TJX). But steer clear of Sears (SHLD) and J.C. Penney (JCP), which will both continue to struggle.

And a muscled-up dollar. Big exporters and multinationals will feel the pain of products that cost foreign consumers more and overseas earnings that translate into fewer dollars. By the same token, firms that derive the bulk of their sales in the U.S. are likely to perform more favorably. Some candidates to consider: UnitedHealth Group (UHG), drugstore chain and pharmacy-benefits provider CVS Health (CVS), insurer Allstate (ALL) and steelmaker Nucor (NUE). Also, small-cap choices such as Mueller Water Products (MWA) and Regal Entertainment (RGC). Or, conversely, pick up a bargain from Europe’s well-pummeled lot such as Nestlé (NSRGY), Credit Suisse Group (CS) and Daimler AG (DDAIF).

Bonds can be more complex than stocks, but it's not hard to become a knowledgeable fixed-income investor.
Build a Bond Ladder

I can see no urgency to withdraw your 2020 profits from the market.
Warren Buffett Stocks Ranked: The Berkshire Hathaway Portfolio