T. Rowe Price Strategist: Best Investments to Own in an Expensive Market

We talk with Sebastien Page about what investors can expect from stocks for the rest of 2017. 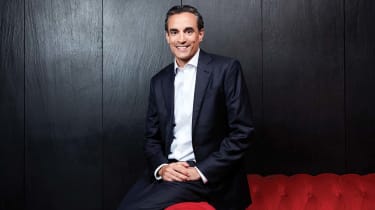 Sebastien Page is the head of asset allocation for T. Rowe Price Group. He and his colleagues determine the investment mix for the company’s multi-asset mutual funds, including target-date funds.

Kiplinger: How do you feel about the stock market for the rest of 2017?

Page: First, I should say that T. Rowe Price does not have a “house view.” In the Asset Allocation Committee, we are somewhat bearish, but not too bearish. We have been reducing our exposure to stocks relative to bonds. For investors with a long time horizon who are saving for retirement, stocks are crucial. But as we look toward the end of the year and early next year, we’ve been reducing our exposure slightly. If a portfolio normally has 60% in stocks, for example, now we’d have 58.5%. We do things incrementally; we’ll see how things unfold.

Why lighten up now? As of April 30, Standard & Poor’s 500-stock index is up 7.2% year to date, 18% in the past 12 months and 90% in the past five years—that’s 13.7% annualized. The market is close to an all-time high. Price-earnings ratios are higher than they have been 90% of the time over the past 20 years. No matter how you look at it, share prices are expensive as you stare down the barrel of an eight-year-long bull market.

Why is the market so resilient? I’ll identify two reasons, with a caveat. The first is extraordinarily accommodative central-bank policies all over the globe. That has kept interest rates low and driven asset values up, with surprisingly little inflation resulting. In the U.S., the path toward higher rates is being managed very carefully. This isn’t said explicitly, but the Federal Reserve doesn’t want to surprise the market with unexpected hikes that might lead to a downturn in stocks. The second, more recent factor is increasing confidence. The U.S. election played a role, but even before, earnings for U.S. companies had started to recover from a downturn in late 2015 and the first half of 2016. Consumer and CEO confidence are at their highest levels since 2008. But it remains to be seen whether hard economic data will justify this confidence, which is why we’re taking some risk off the table.

How can investors cut risk? For do-it-yourself investors, it’s important to maintain a long-term perspective and a healthy allocation to stocks in line with their tolerance for risk. For now, as investors add funds to their portfolios, they might want to add a bit more to bonds and other asset categories, such as international stocks. Or, as they withdraw from portfolios, they might withdraw a bit more from stocks.

What are the biggest risks for stocks? There’s clearly political risk in terms of policy coming out of Washington and the threat of protectionism in different countries. This is against a backdrop of geopolitical issues, North Korea in particular. Energy prices are another risk. We think the world is oversupplied with oil, which could lead to another drop in oil prices that could hurt returns for stocks. And there’s always a risk that the Fed will raise interest rates too quickly, or unexpectedly, causing a slowdown in economic growth and a bad investor reaction. Those are known risks. We don’t know what we don’t know, and those risks are the most worrisome and unpredictable by nature.

What should investors expect? Between now and the end of the year, a lot can happen. I think it’s more likely than not that we’ll see a downturn at some point in stocks, which will give investors the opportunity to get back in if they have dry powder in their portfolio. The central scenario for the stock market is tepid returns with some fragility, given the risks we just mentioned.

Where should investors put their money? The problem is that everything’s expensive. We’re talking about an eight-year bull market in stocks, but we’ve just been through a 30-year bull market in bonds. Valuations are stretched across markets. But stocks in Europe and Japan are cheaper relative to U.S. stocks. Central-bank policies in those areas are also more accommodative than in the U.S., and those regions are earlier in the economic cycle, with more room for recovery and expansion. In the U.S., we recommend a flexible bond-market strategy, and we prefer growth stocks to value stocks, although we do like financial stocks, which generally fall into the value sector. After the election, value stocks, including energy and materials companies, performed very well, but since the beginning of 2017 we’ve seen a rotation back to shares of faster-growing companies, such as technology stocks. Emerging markets are slightly attractive in terms of value, but factors that could play against them include rising U.S. interest rates, a stronger dollar, more protectionism and the potential for another down leg in oil prices. Also, we have recently been looking at frontier markets, which include countries, such as Kuwait and Pakistan, that don’t qualify yet as emerging markets. 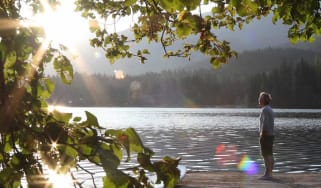