How the Fund Raters Rate the Kip 25 No-Load Funds

Most of our mutual fund picks fare very well under the rating systems of Lipper, Morningstar and others. 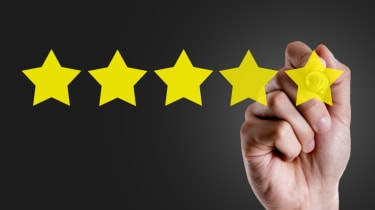 Enough about how much we like the funds in the Kiplinger 25. What do professional raters think of them? We reviewed how four rating schemes graded each of our picks. The results: For the most part, the raters’ views jibe with ours.

One outlier in Morningstar’s analyst ratings: Double­Line Total Return Bond (symbol DLTNX). Analyst Sarah Bush deems the fund “not ratable,” largely because DoubleLine will not speak with her or her colleagues. Jeffrey Gundlach, DoubleLine’s founder and Total Return’s comanager, won’t talk with Morningstar analysts because, he says, their reviews “have not been objective.”

Only four Kip 25 funds get subpar scores from one rater or another. A managerial transition, plus a focus on out-of-favor stocks (including energy firms), hurt T. Rowe Price Small-Cap Value’s (PRSVX) results relative to its peers in 2013 and 2014. Fidelity New Millennium (FMILX), rated against other large-company growth funds, was hurt by holdings that weren’t big or weren’t growing rapidly—energy stocks being the main culprits. Dodge & Cox Stock (DODGX) has a fine long-term record. But because its managers often invest in out-of-favor stocks, it sometimes lags over shorter periods. We expect these funds to recover. Fidelity Intermediate Municipal Income (FLTMX), a conservative bond fund, has been a middling performer, but we like that it has been less volatile than its peers over time.