Actively Managed Funds That Won in 2014 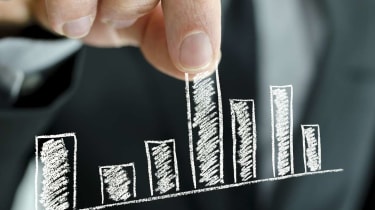 As has been widely noted, the past year has been a rough one for actively managed stock funds. In particular, only 13% of funds that focus on large-company domestic stocks beat the 13.7% return of Standard & Poor’s 500-stock index in 2014. But the Kiplinger 25 has its share of winners.

Start with Davenport Equity Opportunities (DEOPX), which beat the index by 2.2 percentage points over the past year. The $236 million fund invests in firms of all sizes. Managers Chris Pearson and George Smith seek companies with good growth prospects, solid balance sheets and smart executives with a talent for reinvesting their firms’ profits. That formula kept Pearson and Smith out of energy stocks, which have cratered along with the price of oil. “We always suspected that the boom in domestic supply would weigh on prices eventually,” says Smith.

But the fund, which holds just 29 stocks, got a big lift from one company that benefited directly from the oil-price drop: American Airlines. Its stock more than doubled in 2014. Other consumer companies, including auto dealer CarMax (up 42% last year) and apparel maker Hanesbrands (up 61%), also helped goose the fund’s performance. The managers picked up Hanesbrands in 2010 for about $25 per share. Hanesbrands made some smart acquisitions, including Gear for Sports, that extended the company beyond the underwear business. The stock, at $112 in early January, “has exceeded our expectations,” says Smith.

Equity Opportunities isn’t the only Kip 25 fund that shone. Stacked against their appropriate benchmarks, several other funds outpaced their bogeys. Over the past year, Homestead Small-Company Stock (HSCSX)clocked the Russell 2000 index by 1.9 percentage points, and Dodge & Cox International Stock (DODGX)outperformed the MSCI EAFE index, which tracks stocks in developed foreign markets, by 5.2 points. (Dodge & Cox International has, unfortunately, closed its doors to new investors, and we've replaced it in the Kiplinger 25 with FMI International (FMIJX.)