We don't take kicking a fund out of the Kip 25 lightly. We take a look at how our rejects have held up. 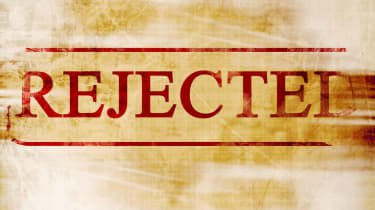 Nobody likes rejection. But take it from us, it’s hard to do the rejecting, too. We believe in holding funds for the long haul, so we think of the Kiplinger 25 as fairly static, tweaking the list as little as possible. Since we launched the Kip 25, almost 70 funds have come and gone—about six per year, on average.

But the implied annual turnover rate of 24% actually overstates the frequency of removals because we’ve ousted 20 funds simply because they closed to new investors. We also typically remove a fund when a key manager leaves. But the hardest calls involve dumping a fund for performance-related reasons or because of concerns that it may have grown too large or that the manager may be taking more risks than we bargained for. Were we right to turn those funds loose? To answer that question, we examined how some of the better-known former Kip 25 funds have fared since we ejected them.

We hit the target with some of our calls: Uneven performance led us to drop Ken Heebner’s CGM Focus (symbol CGMFX) as well as Selected American Shares (SLASX), managed by Chris Davis. Since we removed CGM in May 2010, it has returned 6.9% annualized, lagging the return of Standard & Poor’s 500-stock index by an average of 7.7 percentage points per year. (Returns are through March 6.) Since its ousting in May 2011, Selected American has gained 10.1% annualized, trailing the S&P 500 by 3.9 percentage points a year. The problem with T. Rowe Price Equity Income (PRFDX), managed by Brian Rogers, Price’s chairman and chief investment officer, was ho-hum performance. It’s still middling: The fund’s 14.6% annualized return since we dropped it in May 2012 isn’t disgraceful, but it falls short of the S&P’s 17.3% average yearly gain.

Unloading Fairholme Fund (FAIRX) was an especially astute call. We did so in May 2011 after manager Bruce Berkowitz placed 75% of the fund’s assets in financial stocks. Since then, Fairholme has returned 5.8% annualized, eight percentage points per year behind the S&P 500. Berkowitz currently has 84% of the fund’s assets in financial-services stocks, with 41% in just one issue, American International Group. That’s too much concentration for our taste.

We would have been better off hanging on to a couple of funds. Bill Miller’s Legg Mason Opportunity (LMOPX), which had a strong run for most of the early ’00s, lost a staggering 65% in 2008. We pulled the plug in October 2008 amid the carnage of the financial crisis. Since then, the fund has returned 13.3% annualized, beating the S&P 500 by 1.3 points a year. And we dropped Bill Nygren’s Oakmark Select (OAKLX) in May 2008 after it got caught holding a big position in Washington Mutual, the Seattle-based bank that later collapsed in September 2008. Since then, Oakmark Select has earned 12.1% annualized, topping the index by 3.7 points a year.

Finally, we think it’s too soon to make judgments about last year’s decision to cut Harbor Bond (HABDX), Fidelity Contrafund (FCNTX) and Fidelity Low-Priced Stock (FLPSX). That said, we have no need to hang our heads. None of the funds beat their benchmarks over the past year.