With the BBH fund closing its doors, we've replaced it on the list of our favorite no-load mutual funds, the Kiplinger 25.

Mairs & Power Growth (symbol MPGFX), a quaint fund with an excellent long-term record, is the newest member of the Kiplinger 25. It replaces BBH Core Select (BBTEX), which recently announced that it will soon close to new investors. If it's not too late and you still want to own BBH Core Select, by all means feel free to invest in it.

Mairs & Power Growth is a worthy substitute for the BBH fund. In some ways, M&P Growth is like many other growth funds. Managers William Frels and Mark Henneman look for well-managed companies with growing businesses that are trading at attractive prices.

But it is different in other ways. For starters, although Morningstar labels M&P Growth as a large-company fund, Frels and Henneman invest in companies of all sizes. At last report, the fund had half of its $2.3 billion in assets in large firms, some 30% in midsize concerns and the rest in small firms.

What makes the fund truly distinctive, though, is its predisposition to invest in companies based in or near the fund's St. Paul headquarters. Two-thirds of the fund's assets are in Minnesota-based firms, says Frels, who has been with M&P Growth since 1999 (Henneman joined in 2006). Its three biggest holdings -- Valspar, 3M and Target -- are based in Minneapolis. "We like to stay close to home," says Frels. "It's worked out well for us, and it seems like we don't run into as many surprises as one does when you get further afield."

He's right about that: Investing in the Midwest has worked out well for M&P Growth. The fund's ten-year annualized return of 7.9% outpaces Standard & Poor's 500-stock index by an average of 1.7 percentage points per year. And it beats 94% of its peers in the large-blend fund category. Over the past year, the fund earned 17.6%, topping the S&P by 5.2 points. (All returns are through November 16.)

Of course, the Midwest focus means many companies in the portfolio are in the industrial or basic materials sectors -- accounting for about half of the fund's assets at last report. Valspar, for instance, is a paint producer and 3M, a diversified industrial-products company. But the fund has exposure to other sectors, too. Among its ten biggest holdings are a bank (U.S. Bancorp), a health care business (Medtronic) and a retailer (Target).

Frels says an eight-member investment committee is involved in picking the fund's stocks. The team approach, he says, helps him and Henneman stay open-minded to new ideas -- and occasionally results in them looking beyond the Midwest. "We like to think we operate as a team and not a bunch of individual stock pickers," he says. Indeed, in mid 2012, the fund bought an energy stock -- the multinational energy-services giant Schlumberger -- for the first time in its 54-year history.

Meeting every two weeks, committee members develop a list of about 15 stocks they are interested in buying, including both new additions and stocks that M&P funds and separate accounts already hold. Frels says he keeps the list of potential additions short on purpose: "It's a number that would be adequate enough to start building a new portfolio for an account that came in all in cash." If a company is added to the committee's "buy" list, another has to be removed. "Everybody participates in developing the buy list -- what should be on it and what shouldn't be," says Frels. "The meetings either temper excessive enthusiasm or temper excessive pessimism."

Once a stock ends up in M&P Growth, it hardly ever comes out. The fund's 3% turnover ratio implies that stocks are held for 33 years, on average. Medtronic and Target have been in the portfolio for some 40 years, albeit with some trimming and buying of shares over that time.

The committee also maintains a list of stocks it might sell. But, Frels says, "We're not as active on the sell side as we are on the buy side." Over the years, as assets in the fund have grown, the number of holdings in the fund has grown, from 33 in 2000 to 45 today. Although Frels and Henneman may trim holdings in a company if the stock has run up significantly, they'll only fully unload a position if there's been a negative change in a company's fundamental story.

Both factors came into play with Stratasys, a Minneapolis-based maker of 3-D printers. Its stock climbed 63% in the first six months of 2012, making it one of the fund's strongest performers. "It moved up to a level that we felt wasn't sustainable," says Frels. So the managers decided to lighten up on the stock. Then in September, Stratasys shareholders approved plans to merge with Objet, an Israeli competitor. "The story has changed. The company is now about twice as big, and the key members of management all of a sudden are spending more time in Israel than they are in the Twin Cities." After that, Frels and Henneman decided to close their position in Stratasys.

The fund is triple the size it was a decade ago. But the managers have no plans to close the fund anytime soon. If assets hit $4 billion, says Frels, "we'd have to look at it anew and see where we are." In the meantime, he and Henneman have broadened the fund a little: Ten years ago, most of M&P Growth's holdings were Minnesota-based. Today, says Frels, "We're looking at more Wisconsin and Illinois companies."

Kiplinger's Investing for Income will help you maximize your cash yield under any economic conditions. Subscribe now!

These top mutual funds to invest in for a long time horizon don't all have the same goals, but they share a number of advantages.
The Best Vanguard Funds for 401(k) Retirement Savers

Vanguard funds account for a third of the 100 most popular 401(k) retirement products. We rank Vanguard's best actively managed funds, including its t…
The 100 Most Popular Mutual Funds for 401(k) Retirement Savings 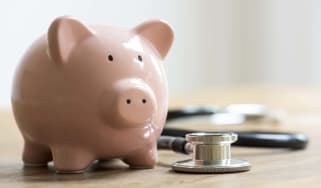 These five health care mutual funds offer up a one-two punch of both defensive properties and an ability to run with the bulls.