Profit By Betting Against the Crowd

Investor-sentiment measures can tip you to rallies and corrections. Here are the ones to watch and how to exploit them.

Is there wisdom in crowds? Many professional money managers think so, although usually the wisdom comes from doing exactly the opposite of what the crowd does. And as a smart investor yourself, you may want to learn about and start following some of these “sentiment” indicators.

This isn’t voodoo. Often, sentiment indicators are remarkably accurate. For example, negative sentiment, as measured by surveys from the American Association of Individual Investors, hit the highest level ever recorded on March 5, 2009. On that day, seven out of ten investors classified themselves as bears. Only four days later, Standard & Poor’s 500-stock index bottomed after declining 55% in 18 months and embarked on a recovery that has lifted the benchmark 71.6% through August 4.

Currently, the weekly AAII surveys are giving mixed signals. The August 5 survey found that 38% of investors were bearish, meaning they expect stocks to decline over the next six months. The July 8 AAII survey was the most pessimistic in recent weeks, with 57% taking a bearish stance.

David Chalupnik, head of equities at First American funds, has been studying sentiment data closely and also sees it as mixed now. After the May 6 “flash crash” and the increased market volatility through June and July, Chalupnik thinks individual investors won’t turn bullish on stocks for a while. “I expect them to be optimistic about stocks once a rally is well under way and job growth returns,” he says.

The AAII survey hasn’t cornered the market on measuring investor sentiment. Investors Intelligence, a New Rochelle, N.Y., research firm, surveys more than 100 investing newsletters each week to divine their feelings. The July 14 survey found that bears outnumbered bulls for the first time since April 2009. By July 21, bears and bulls were found in roughly equal numbers. Investors Intelligence charges $199 per year for its survey data.

Surveys, however, are just opinions. Many experts say that a truer measure of sentiment is where investors are putting their money. That’s why Liz Ann Sonders, Schwab’s chief investment strategist and one of our favorite market gurus, likes SentimenTrader.com’s Smart Money/Dumb Money Confidence index.

The index tracks the movement of money using a basket of indicators, such as option positions held by traders (the smart money) and flows into and out of Rydex funds, which let ordinary investors make leveraged bets on the direction of the stock market and individual sectors (the, um, not-so-smart money). The index “allows you to see what the ‘good’ market timers are doing with their money compared to the ‘bad’ market timers,” Sonders says.

By mid May, smart-money investors turned bullish while the dumb money retrenched, according to SentimenTrader. At the end of June, a similar spike in smart-money bulls offset dumb-money bears. But now both sides are neutral. A SentimenTrader subscription, which costs $25 per month or $250 per year, gives you access to the Smart Money/Dumb Money Confidence index in addition to a boatload of other sentiment data.

When investor sentiment is significantly negative, as it was in March 2009, the time is ripe to move in the other direction. Chalupnik plans to add cyclical, low-quality stocks to the funds he manages when bearish sentiment is high and reduce positions when optimism reigns. That sounds like a hard strategy to execute. Here’s an easier way to take advantage of the market’s fear and greed: Rebalance your portfolio toward stocks when investors give up hope and do the opposite when they turn super bullish. 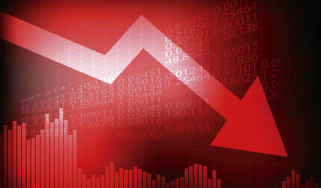