IQ Merger Arbitrage Is All About the Deals

This merger-focused ETF can zig when the market zags. 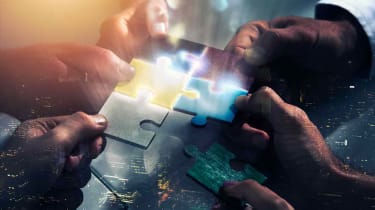 Market-neutral funds are designed to lag the broad market when stocks are soaring but hang in there when things go south. In those respects, IQ Merger Arbitrage ETF (symbol MNA) has done its job. The exchange-traded fund’s 2.3% annualized return over the past decade lags the 11.2% turned in by Standard & Poor’s 500-stock index. But amid the 19.9% slide in the broad stock market from its peak on February 19 through March 13, the fund lost only 6.7%.

The ETF’s returns come from merger arbitrage—buying shares in soon-to-be-acquired firms after deals are announced. Should a deal close, the fund earns the difference between the price of shares when it buys them and the announced acquisition price. Returns aren’t tied to the number of deals on the market, though a big economic slowdown could shrink the pool of deals that meet the fund’s criteria, says Sal Bruno, investment chief at the ETF’s parent firm, IndexIQ. In that case, the fund would boost its cash stake.

The fund tracks an index that excludes deals in which less than 50% of a company is being purchased and those taking place outside of developed markets, which face a higher risk of regulatory interference, says Bruno. Shares are sold immediately when deals reach completion. Otherwise, the fund will hold a given name for up to a year before selling. After that, Bruno says, deals are more likely to fall apart.

Over the past decade, the fund—with an expense ratio of 0.77%—has been two-thirds less volatile than the broad stock market.