The Long-Term Allure of Dividends 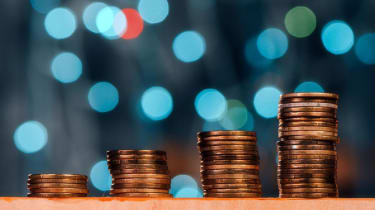 These are heady days for dividend lovers. Dozens of companies with excellent track records are providing investors with annual payouts that exceed yields on five- and even 10-year Treasury bonds. Yes, Treasuries may be safer, but dividends tend to rise over time. Plus, when your T-bond matures, you simply get back its original face value—unlike stocks, which can appreciate.

For example, the 10-year Treasury bond yields 2.59%, but Procter & Gamble (symbol PG, $102), a member of the Kiplinger Dividend 15, the list of our favorite dividend-paying stocks, yields 2.8% and has increased its dividend for 62 consecutive years. Coca-Cola (KO, $45), which said in February that it was raising its dividend for the 55th year in a row, is yielding 3.5%. (Prices and returns are through March 15.)

But are dividend-paying stocks really superior? Had you invested solely in stocks that make regular payouts to shareholders, you would have missed some of the market’s biggest successes. Alphabet, Amazon.com, Berkshire Hathaway and Facebook—four of the six largest companies by market capitalization—pay no dividends.

Rather than handing money to their shareholders every few months, fast-growing companies often invest their profits in their own business—in new factories or software, as Amazon has done in building its cloud-computing subsidiary, or buying complementary firms, as Alphabet (then called Google) did when it bought YouTube.

Warren Buffett, chairman of Berkshire, likes collecting dividends from the companies he owns, but he never pays them himself. He wrote in 2013, “Our first priority with available funds will always be to examine whether they can be intelligently deployed in our various businesses…. Our next step … is to search for acquisitions unrelated to our current businesses.”

You might consider dividend-paying a kind of failure of imagination by management. Why, then, has a particular kind of dividend-paying stock become especially popular in recent years? I’m talking about the stocks of companies, such as Procter & Gamble and Coca-Cola, that increase dividends year after year.

To increase a dividend consistently, a company typically needs a distinct competitive advantage, a “moat” that keeps competitors from the gates.

At the end of 2018, there were 53 firms in Standard & Poor’s 500-stock index that met this standard for at least 25 years, qualifying for the encomium “Dividend Aristocrats.” But why laud such companies when, year after year, they return more money to investors because management can’t put it to better use?

The answer is that investing in stocks that pay dividends—especially rising dividends—turns out to be a terrific strategy. The S&P 500 Dividend Aristocrats index has returned an annual average of 18.3% over the past 10 years, compared with 17.1% (including dividends) for the S&P 500 as a whole. Usually, higher returns indicate higher risk, but the Aristocrats have achieved their returns with less volatility than the full S&P.

Why do consistent dividend-raisers perform so well?

They have a moat. To increase a dividend consistently, a company typically needs a distinct competitive advantage, a “moat” that keeps competitors from the gates. A moat lets the firm raise prices and keep the profits flowing even in bad times. A good example is Coca-Cola, one of Buffett’s favorites. Its strong brand and distribution system provide one of the widest moats in the business world.

Dividends don’t lie. Dividends are probably the best indicator of the health of a business. You can manipulate earnings per share, but you can’t fake cash.

Conservative ideals. Companies that want to maintain a record of dividend hikes are run conservatively because the worst calamity for them is a dividend cut. In investing, a great way to make money is to avoid firms that take too many risks and concentrate instead on the plodding winners. Dover (DOV, $91) scores profits through a diversified business that makes such boring items as refrigerator doors and industrial pumps. The result has been 63 consecutive years of increased dividends.

They’re a buffer. Dividends provide a buffer in difficult times. In a bad year, the market may drop 3%, but if the yield on your portfolio of dividend-paying stocks is 3%, you’ll break even.

A good way to buy these stocks is through ProShares S&P 500 Dividend Aristocrats (NOBL, $67), an exchange-traded fund (ETF) with an evenly weighted portfolio and an expense ratio of 0.35%. The fund has not only beaten the S&P 500, it has also finished in the top half of its category (large-company blend) in every one of its five full calendar years of existence. Among the stocks in the fund’s portfolio that have raised dividends for at least 55 years in a row (in addition to Coke, P&G and Dover) are 3M (MMM, $208), Colgate-Palmolive (CL, $66), Emerson Electric (EMR, $67), Genuine Parts (GPC, $107) and Johnson & Johnson (JNJ, $138). 3M, Emerson and J&J are also Kip Dividend 15 picks.

Although the Aristocrats fund has been impressive, it does not provide enough diversification all by itself. The fund is heavily weighted toward industrial and consumer-products stocks, and less than 2% of the fund is in technology—a sector that represents 20.6% of the S&P 500. And it owns only large-company stocks.

ProShares also offers a mid-cap version, ProShares S&P MidCap 400 Dividend Aristocrats (REGL, $56), with a requirement that stocks have only 15 con­secutive years of rising dividends, as well as a small-cap version, ProShares Russell 2000 Dividend Growers (SMDV, $59), with a 10-year minimum. Both funds are relatively new, but both have clobbered their peers (mid-cap value and small-cap core funds) over the past three years, according to Morningstar.

Simply buying well-chosen dividend stocks is not a ticket to success. Take, for example, Vanguard Dividend Growth (VDIGX), a very popular mutual fund ($34 billion in assets) now closed to new investors. Run by a human manager and charging 0.26% in expenses, the fund returned an annual average of 15.1% over the past 10 years, compared with 16.5% for the S&P 500.

I should add that although Aristocrats keep increasing their payouts, the yields for some of them can be exceptionally low. Cintas (CTAS, $206), which rents work uniforms and has been one of my favorite stocks for decades, has raised its dividend every year since going public in 1983. Despite a big payout hike last year, its shares yield only 1%.

The average S&P 500 stock yields 1.9%, and ProShares S&P 500 Dividend Aristocrats yields only a bit more. If you want higher yields with slightly added risk, the best bet is Vanguard High Dividend Yield (VYM, $86), an ETF based on an FTSE Dow Jones benchmark. With expenses of just 0.06%, it recently yielded 3.1%. Over the past 10 years, it has essentially kept pace with the S&P 500, trailing the index by an annual average of just two-tenths of a percentage point.

James K. Glassman chairs Glassman Advisory, a public-affairs consulting firm. He does not write about his clients. His most recent book is Safety Net: The Strategy for De-Risking Your Investments in a Time of Turbulence. Of the stocks mentioned here, he owns Amazon.com.