Insurance companies are quick to drop homeowners who file too many claims.

I was paying about $600 for homeowners insurance and filed two claims, one for a water leak and the second for hail damage to the roof. Then my insurance company dropped me. I finally found insurance, but now I'm paying $1,248 per year. How long after you've been dropped can you get back to paying lower rates? -- Mandy Tumlin, via e-mail

You could be on the hook for as long as five years. Insurance companies share claims information with each other through a database called the Comprehensive Loss Underwriting Exchange (CLUE). When you apply for coverage, an insurer reads your CLUE report to learn your claims history. And information remains on your report for five years (check your report at www.choicetrust.com).

Insurers say that even small claims cost them a lot in administrative expenses, so they're quick to drop customers who file them. Companies are especially leery of water-related claims because they could lead to more damage in the future. "A water leak indicates poor maintenance," says Carolyn Gorman, of the Insurance Information Institute.

In a study by the California Insurance Department, 25% of the companies surveyed had refused to renew the policies of customers who made one or two non-water-damage claims in the preceding three years; 32% refused to renew policies of customers who had made one or two water-related claims. Among the 13 biggest companies, 62% turned down new applicants who had filed one or two claims in the previous three years.

Now that you have coverage, you may be able to cut your premium. Many insurers offer customers a discount of about 5% for each year they don't file a claim, with a maximum discount of 25% to 35%.

If damages total just a few hundred dollars more than your deductible, it might be less expensive in the long run to pay for them yourself. Raise your deductible to at least $1,000, which can lower your premiums by up to 25% and discourage you from filing small claims.

I have a friend who, along with his buddies, is investing in Iraqi dinars through USACurrencyExchange.com. Please help me enlighten them about what they're getting into. -- Mike Klinedinst, Crossville, Tenn.

Tell your buddy to forget his dreams of making a killing in dinars. Since the new Iraqi dinar appeared in 2003 to replace the old currency carrying Saddam Hussein's image, scores of Web sites have begun peddling these so-called investment opportunities.

But would-be investors are speculating on a volatile currency in one of the world's most unstable places. Penny stocks are risky enough, but the dinar is not even a penny currency. In mid January, it took 1,313 dinars to equal $1. The offer on USACurrencyExchange.com gets you 250,000 dinars for $238, implying the site is taking a 25% markup.

What's more, the currency isn't freely traded. U.S. banks won't buy dinars, nor will the dealers who sell them. In fact, the only way to unload dinars that we know of is on eBay, which recently listed about 500 auctions of new Iraqi dinars.

My father died last year, and my mother's income is now $469 per month. I live in Kentucky and she lives in Alabama, but I help with her expenses. Can I claim her as a dependent? -- Sundra Haney, via e-mail

Your mother will probably still file a joint return for 2006, which means you can't claim her.

But if she meets a trio of tests, she may qualify as your dependent in 2007 and beyond. The three tests: her relationship to you (a parent qualifies); how much you give her (you must provide more than half of her support); and her income (her gross income must be less than the personal exemption, which is $3,300 for 2006 and $3,400 for 2007).

Because your mother's annual income is $5,628, it appears that you can't claim her as a dependent. But a few items are excluded from the gross income test, says Mel Schwarz, a partner in Grant Thornton's national tax office in Washington, D.C. For instance, the untaxed portion of Social Security benefits and any disability payments that are exempt from tax aren't included. "If the bottom line on page one of your mother's Form 1040 adds up to less than $3,400 in 2007, then the income test will be met," says Schwarz. (For more details, see IRS Publication 501, Exemptions, Standard Deduction and Filing Information.)

Yes, you can. The stricter rules apply to contributions made starting January 1, 2007. For 2006 donations, you don't need a receipt for cash contributions of less than $250 as long as you kept good records of the donation.

Starting this year, however, you'll need a bank record or written communication from the charity to document a cash donation of any size. Some charities, such as the American Red Cross, already give receipts for contributions of all sizes. If a receipt isn't available, make your donation by check so you'll at least have a bank record.

My thanks to Katy Marquardt for her help this month. 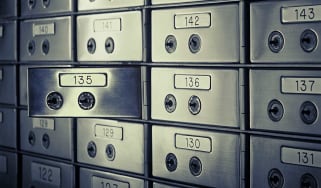