Our Greatest Tech Forecasts of the Last 90 Years

The Kiplinger Letter — long famous for its economic, business and political forecasting — also alerts its readers to emerging technologies. 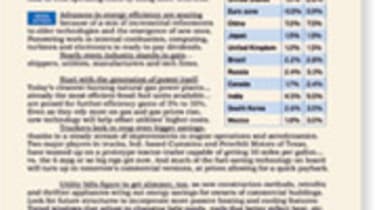 The Kiplinger Letter — long famous for its economic, business and political forecasting — also alerts its readers to emerging technologies. In celebration of its 90th birthday this week, the Letter brings you this sampling of brief forecasts from its pages...foreseeing inventions that fundamentally changed how we live and work.

Check out these compelling forecasts on the following pages.

The Rise of Cellular Communications

three girls chatting with their smartphones

Microchips: The leading edge of technology for years to come.

Fantastic reductions in size and cost lead to new applications in existing products and point to new products. "Computer on a chip," tiny circuit board performing functions only big black boxes used to do…

Interstate mobile phone conversations will become commonplace via cellular radio…a new network of transmitting and receiving “cells.” They will automatically switch calls to unused frequencies as you drive.

The ultimate tools for road warriors are just a few years away. All-in-one wireless communicators will combine the functions of a landline phone, cell phone, personal digital assistant and PC. The gadgets…notebook PCs or smart phones...will operate seamlessly over expanded wireless networks in the same way cell phones do now.

Moneyless banking…deposits, charge purchases, payments, all kinds of deals via your account... 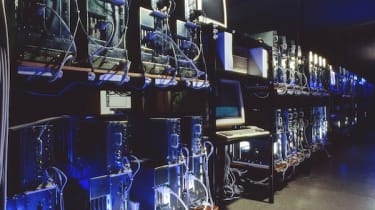 On computers…the latest thing is to hook them up into networks, use telephone or special lines to link them together around the country. It’s a way of cutting costs…sharing of computers via “teleprocessing.”

Networking among computers will make it easy for any computer owner to communicate with another if he has the wire address and the right connections. This is already happening on a relatively limited scale via computer “bulletin boards.”

Computers that listen & talk will be commonplace in next decade in offices and on shop floors.

Use of radio waves for heating & cooking is a growing business, but these waves interfere with others and even cause some radio static.

And here are some more things that are coming along by the time you reach middle age…to change your thinking and your living. New houses, new gadgets in them. Automatics. Push buttons. Microwave ovens. Plastic plumbing. TV on wall screens. Fuel-cell heat. Irradiated foods to supplement canned & frozen. New foods from the sea. Synthetic foods, chemically made, with all needed nutrients & vitamins.

The Coming of Air Conditioning, Prefab Homes, Polyester, and the Fax 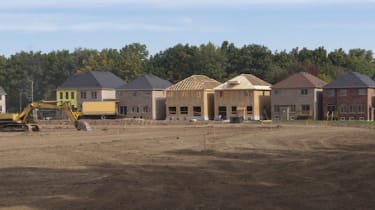 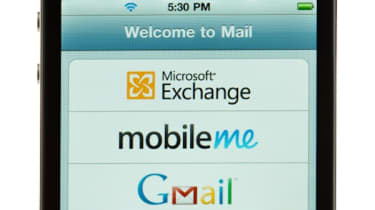 Electronic mail…using computers, printers at an office and home. Hooking up with other computers via satellites and TV to replay messages.

Wireless e-mail may soon be as ubiquitous as cell phones. Its use is poised to take off over the next several years as software giants and cellular carriers challenge Blackberry's reign.

Electric cars will grab up to 15% of the market in 20 years…more if the driving range expands to 300 miles or so before recharging. Stringent clean air requirements in Calif. will spur sales of electrics.

The Rise of Videotapes, CDs, and Cable TV

Soon to hit the market…TV tapes…and makers have high hopes. Will be sold along with a player that is attached to your home TV set. Thus, “personal” home entertainment, akin to your own stereo or recorder.

Boomy sales of compact discs and players, thanks to lower prices. Players are selling for $300-$400…compared with $1000 or so a year ago.

These early alerts help you anticipate business, economic, technological and political developments long before they’re reported elsewhere, so you can prepare in advance to profit from new opportunities—or protect your business and investments from looming challenges.

No one can predict the future with 100% certainty. But over the years hundreds of thousands of savvy business professionals, managers and investors have profited greatly from the trustworthy and remarkably accurate forecasts provided by the weekly Kiplinger Letter.

See for yourself. View a free sample issue. No information is required from you.