Surprising Jobs Robots Can Do

You won't believe where robots are being put to work these days. 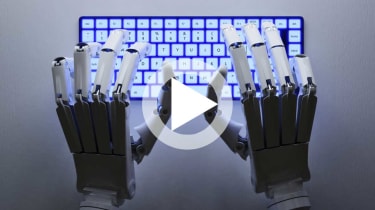 Robots working in factories, on the battle field, at hostage scenes and in many other places are common today. But some of the jobs robots can now do may surprise you. Take cream in your coffee? A robot probably milked a cow for it. Such robots may not quite rise to the level of "synths," the fictional human-looking robotic servants starring in the science-fiction series "Humans," but they’re amazingly handy and may eventually be as ever-present as smartphones.

Say you're staying in a hotel and need a toothbrush. If you request one from the front desk in one of Silicon Valley’s ritzier hotels, it might be delivered to your door by SaviOne, an autonomous robot for the hospitality industry. How does it work? Hotel staffers simply load SaviOne with items requested by guests. Then, guided by Wi-Fi, the robot can go up and down elevators and glide through hallways to make deliveries. It lets you know with a text message when it's outside your door. At the moment, SaviOne is not cost-effective enough to displace many hotel workers, but its manufacturer hopes hotels that are short-staffed will make the investment.

If you've learned how to perform CPR, you've worked on a dummy. Now imagine that dummy was really, really smart, filled with sensors and microprocessors that could make it so lifelike that it not only bleeds but its pupils dilate in response to light. That's the level of sophistication these robot stand-ins are providing for med students who need to learn how to diagnose and treat patients. What's more, these robots, at least, are doing a job that no human really wants.

So, about the milk. Milking machines have been around for about 100 years. But today's robotic milkers do so much more. There's barely a human in the loop at all – the cows and machines work together. When the cow wants to be milked, it walks itself into a stall where the robot scans its underbelly, cleans its udder and hooks up to its teats. The cow gets to eat during the milking, and when the process is over, the machine also evaluates milk quality and the cow's health. The farmer can monitor the machines – and the herd – remotely with a smartphone app.

Check out more surprising jobs that can be done by robots including bartending and hair styling.