Paychecks Are Getting Bigger

But raises aren’t widespread yet. Neither is inflation. 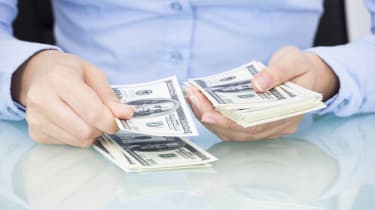 The recent flurry of minimum-wage increases among companies, cities and states is welcome news for many workers. In April, for example, Wal-Mart hiked starting wages to $9 per hour (the federal minimum wage is $7.25 per hour), and McDonald’s announced that it would raise the minimum pay at restaurants it operates to an average of $9.90 per hour. Meanwhile, by the end of this year, 23 states, plus the District of Columbia, will have enacted minimum-wage increases for 2015 (some of which are inflation adjustments), and cities such as Chicago, San Francisco and Seattle have voted to lift the minimum wage to as much as $15 per hour starting in the next few years.

Take Our Quiz: How Sharp Are Your Job-Hunting Skills?

Changes to the minimum wage have a ripple effect, but the ripple goes only so far. “As a rule of thumb, you might see workers who earn $1 or $2 above the new minimum wage also get raises,” says Jeannette Wicks-Lim, an assistant research professor at the University of Massachusetts–Amherst. For everyone else, the impact is minimal.

Still, the fact that minimum wages are rising is a positive first step. Other measures are also improving. An index of new-hire compensation by the Society for Human Resource Management has been trending up since July 2014. In addition, new college graduates are snagging bigger paychecks. More than one-third of employers plan to increase starting salaries for 2015 graduates by as much as 5%, according to Michigan State University’s College Employment Research Institute. “New wages respond faster to market conditions,” says Jen Schramm, who is manager of workforce trends at SHRM.

It may take a while before there’s a lift in wages across the board. Since late 2009, average hourly earnings for private-sector jobs have grown about 2% annually, below the 3% rate that was typical before the Great Recession, according to the Bureau of Labor Statistics. The improving job market could help move the needle. But even though the unemployment rate has fallen to 5.4%, down from a peak of 10% shortly after the recession officially ended, millions of job seekers who dropped out of the workforce during the downturn remain on the sidelines. Include them and the unemployment rate is really 7.3%, estimates the Economic Policy Institute. “There’s just too much slack in the labor market to have meaningful wage increases,” says David Cooper, a senior economic analyst at the EPI.

To get a significant bump in pay, you might have to switch jobs—or prove to your boss that you’re indispensable. A study last year by Mercer, a human resources consulting firm, found that retention was the most common factor that employers considered when making pay decisions for 2015. Workers with the highest job performance ratings were projected to get an average raise of 4.8%.

Meanwhile, if you are concerned that potential wage hikes will lead to a sudden spike in the prices of goods and services—wages are a major component of inflation, after all—there’s no reason to worry yet. Economists figure that right now employers can increase pay by as much as 2.5% without having to pass on price increases to consumers. Says Chad Stone, chief economist at the Center on Budget and Policy Priorities: “The threat of inflation is not so serious that we don’t want to see wage increases.”