There's a wealth of experience out there just waiting for a chance. 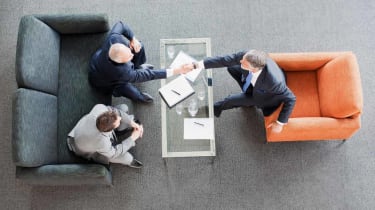 But first, a question:

Who hasn’t read stories about companies that have downsized, profiting by laying off employees close to retirement age — and winding up getting sued by the government for this horrible way of treating people?

“This is one of the worst examples of ageism,” says Dr. Mark Novak, Professor of Sociology and Dean of Extended Education and Global Outreach at California State University, at Bakersfield California. And it’s one of many topics in his book, Issues in Aging, which I just finished reading, and which kept several evenings occupied, learning so much about this vital topic in today’s America.

While primarily a college textbook about gerontology, Issues in Aging becomes a seat on H.G. Wells’ Time Machine, taking the college student — or CEO peering into the future — through the cycles in life that we will all experience, if we live long enough, and requires a box of Kleenex to be nearby. Novak shares very personal experiences with the reader, illustrating both the problems and the opportunities that accompany older age. He does this with compassion, inviting readers to become “a fly on the wall” observing many of life’s most touching moments.

“Think Wrinkles,” Novak says with a broad smile. “Hiring older workers brings a wealth of experience, knowledge and drive. It is the insightful business owner and entrepreneur who sees not age, but great value to the company.

“There is today an army of skilled, motivated people — mature in all senses of the word — that's money in the bank to employers who can see beyond gray hair and the typical bias and prejudice that comes to mind when we think of the elderly applying for a job.”

“There has never been an era in our nation’s history with such an increasing demand for skilled workers and, once (younger people) land a job, up, off they go, in search of better pay, and the cycle starts over again,” Novak observes.

He sees this as offering employers a choice: “Continue hiring inexperienced applicants fresh out of high school or college, or someone who has spent decades in your line of work who needs full- or part-time employment.”

He also asks these questions, which go to the very essence of the employer-employee relationship:

The answers? Well, if you said older workers, you’d be on the right track, according to research and data from several sources, including the Census Bureau, the Society of Human Resource Management (SHRM), AARP and CareerBuilder. For example:

But what about the cons of hiring older workers? Don’t they usually command or expect higher salaries and cost more to insure?

It concluded: “Contrary to common perception, workers age 50+ do not cost significantly more than younger workers. Shifting trends in reward and benefit programs (performance-based vs. tenure-based compensation, the decline in pensions, and the fact that health care costs have increased more slowly for older workers than for younger workers over the past decade) mean that adding more age 50+ talent to a workforce results in only minimal increases in hard dollar total labor costs.”

“Employers need to understand that there are significant consequences for conduct that results in age discrimination,” notes Bakersfield labor attorney Jay Rosenlieb, who represents employers in two separate instances:

“My advice to our business clients is to always make employment decisions — promotion or termination — based on established criteria. Make hiring decisions based on abilities and qualifications.”

So, what should — or what can — an employee caught in that situation do or say?

“Employees can always seek assistance from the EEOC (Equal Employment Opportunity Commission) or DFEH (Department of Fair Employment and Housing), but I would strongly urge any employee or applicant to first have a conversation with the employer, manager or HR department before running off to a government agency.”

Rosenlieb has a cautionary statement for employers who choose to ignore the rights of older workers:

“As the Boomer generation continues to age, becoming a more prominent part of the workforce, older people will want to continue their employment while others will seek employment. I see a possibility of more age-discrimination claims. All employers need to treat their employees with fairness, respect and understand the consequences of failing to do so.”