Can the Office Gray Gracefully?

The workplace is changing. To keep up, Baby Boomers have to be ready to change, too.

Remember the good old days when your career goal was to be employed by one company and stay there until your glorious retirement? In fact, over 40% of Baby Boomers stayed with their job for more than 20 years, and 18% stayed at least 39 years, according to a NORC Center for Public Affairs Research survey.

Pensions and stability were clearly driving forces. You could then look forward to your retirement party, which would include a toast to your long service, a gold watch and a pension that, along with Social Security, would guarantee you a financially secure life. But, as Elsa exclaimed in Frozen, “Let It Go!” (Not that she was thinking of retirement.)

Why Let It Go?

Because the dynamics of the whole work world have dramatically changed. Let’s face it, pensions and Social Security could be generous when, if you were a man born in 1950 , you were expected to live until the ripe old age of 65.6. The desired result for the corporation and our government was that one would start to receive these rich benefits and then keel over. But, if the same man was born in 1980, he is expected to live to age 70. Many are predicting that babies born in 2000 will live an average of 100 years.

Millennials are now the largest segment in the workplace. More than 35% of our labor force is now made up of Millennials — defined as those born from 1981 to 1996 — compared with Generation X at 33% and Boomers at 25%, according to Pew Research. This younger workforce is different from its Baby Boomer parents in many ways, and industry is trying to adjust to this new way of doing business.

The digital world has created both real agility and real mobility. The new generation can work from anywhere and at any time. The hierarchy process of making a product has been replaced by the project method of creating a team, with diverse talents, to solve problems and create new products.

These changes contribute to a new reality: This new worker does not feel loyalty to the company. In fact, in a Deloitte survey, 43% of companies said that “careers in their companies are now five years or less.” In addition, “60% of respondents think that seven months of tenure means they’re ‘loyal.’” TheBalanceCareers.com reports that some of the reasons for career churning among younger workers is:

Many Baby Boomers have to keep working because they have blown it and have not saved enough for retirement. Other factors, like the recession and taking on student debt of their grown children, have contributed to their financial woes; but the fact is that many also love working. It’s not uncommon these days for Baby Boomers to continue to work well into their 60s, 70s or even 80s. But as much as they want to continue working, there are pressures that could force them out.

Out With the Old, In With the New

We know that with age comes wisdom, or that is what we tell ourselves. All that wisdom can come at a premium: Baby Boomers are more expensive than the newbies, with higher median income than younger workers. That’s a cost many companies would rather not pay. Also seen as a selling point for younger workers is the idea that with new blood comes new ideas.

Clearly, companies have demonstrated that they don’t want to develop or encourage older talent. I spoke with Jeff Schwartz, Deloitte’s global leader for Human Capital Marketing, and he said, “Proactive organizations are tapping into older talent, finding ways to extend their careers, create new development paths, and invent roles to accommodate new ways of working. Unfortunately, our 2018 trends research found that 20% of respondents indicate their organization views age as a competitive disadvantage, and even worse, 15% of respondents believe ‘older workers are viewed as an impediment to rising talent.’ Nearly half of the companies surveyed (49%) have no programs to help older workers find new careers as they age. This is a concerning issue.”

Considering all those factors, it’s not surprising that Baby Boomers face some challenges to staying in the workforce. IBM, for example, was hit with an age-discrimination class-action lawsuit after it dismissed over 20,000 workers, most of them over the age of 40. And other larger corporations have essentially laid of thousands of older workers through “voluntary retirement” programs.

I’ll Do It Myself, Thank You

So how have Baby Boomers reacted to being forced out of Corporate America? More are going to work for themselves, according to the Bureau of Labor Statistics. In fact, 16.4% of seniors are self-employed. And they seem to be happier. A report conducted by FreshBooks found that “Nearly 60% of those surveyed between the ages of 50 and 65 said being self-employed makes them want to keep working longer and push back their retirement plans.” They also report significantly higher job satisfaction.

Baby Boomers are also getting the education they need for our new world. Companies are not training seniors, so seniors are getting educated on their own. According to the New York Federal Reserve, at least 17% of the $1.4 trillion of student loan debt belongs to people 50 and older. Much has gone to educate children and grandchildren, but a significant portion is going to educate themselves to “reboot.”

My advice? If the corporations don’t value us, we have to value ourselves and know that we still have a lot to offer. I love the words of Arthur Schopenhauer, the noted German philosopher, when he said, “Just remember, once you’re over the hill you begin to pick up speed.” 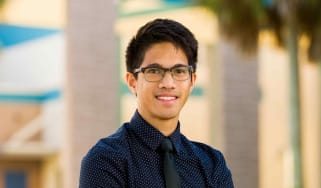