Skip to headerSkip to main contentSkip to footer
careers

Starting a New Career in Midlife

Hitting the reset button on your career can mean less stress and more satisfaction. 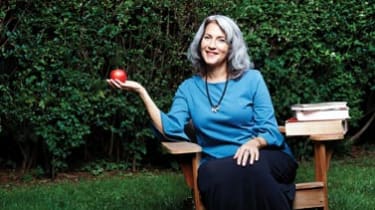 It’s a midlife conundrum that’s becoming increasingly common: You’re not ready to retire, but you’re tired of what you’re doing. Enter the second-act career. These encore occupations offer a chance to pursue a lifelong passion, start a business or make a difference in your community. Often, second careers aren’t as lucrative or prestigious as first-act professions, but they’re less stressful and more emotionally satisfying. The people we profile here have strayed far from their original career paths—and they’re not looking back.

In October 2004, Diana Stewart, 57, was at the top of her game. A longtime professional copywriter for pharmaceutical advertising agencies, she had received a promotion—and a big raise—to work on an account for a blockbuster drug. But she wasn’t happy.

Stewart, who lives in Montclair, N.J., spent a weekend focusing on why she was so dissatisfied, and by the end she had an epiphany: What she loved most about her job was teaching. “I loved taking the raw material, which is very boring and dry and full of statistics, and bringing it down to a level at which a doctor could get the gist of it in a short period of time,” she says.

By the end of the weekend, Stewart decided that what she really wanted to do was teach high school students. That Monday, she walked into her office and gave her employer two weeks’ notice. “Everybody was gobsmacked because I had just been handed a very successful account,” she says.

This September, Stewart started teaching language arts to high school students at the Cicely L. Tyson Community School of Performing and Fine Arts, in East Orange, N.J. The journey from pharmaceutical copywriter to high school English teacher was a long one. In January 2005, Stewart enrolled in Montclair State University’s graduate teaching program. Her husband had died several years earlier, and she had two boys to support, so she took classes part-time and continued to freelance. At one point, she and her two sons, now 23 and 26, were all in college at the same time. In 2010, she got her master’s degree in teaching, with a concentration in English.

As part of the program, Stewart worked as a student teacher for 11th- and 12th-grade honors English classes at a school in Newark. She also taught English classes to seniors at a school in Paterson, N.J., where she had a strong principal and a better experience. After receiving her degree, she continued freelancing and started interviewing for jobs. Stewart says her goal had always been to work at an inner-city school, but student teaching taught her that “not all urban experiences are equal.” She was determined to find a school with a strong principal like the one she had worked with in Paterson. After hearing about the Cicely Tyson School from a neighbor who was a retired teacher, she applied for a job and was called in for an interview.

Stewart says she knew she wanted to work at the school when she saw one of the security guards doing ballet turns. Sitting in the reception area, she was impressed as she watched students come in and “talk to the secretary so respectfully.” The kids seemed happy, and the teachers “were so delighted with their day,” says Stewart. A few weeks later, she was offered a job.

Kurt and Melissa Godwin manage their business from their home. Poon Watchara-Amphaiwan

Kurt and Melissa Godwin embarked on their second career soon after they got married, so they could spend more time together—and eliminate a backyard scourge. The couple, who wed in November 2012, recently became co-owners of a Mosquito Joe franchise that provides mosquito control for residential and commercial properties in Howard County, Md.

It’s a big change for both. Kurt, 50, a commercial pilot, started his career flying a private plane for Jack Kent Cooke, the late owner of the Washington Redskins. After a 17-year stint with US Airways, he returned to corporate aviation in 2005, flying private jets for two wealthy Washington, D.C., families. He still enjoys the job, but the schedule is unpredictable and he often works weekends and holidays. “When you’re a newlywed,” he says, “being away from home is not a good thing.”

Melissa, 44, worked for the state of Pennsylvania for 25 years, most recently as a worker’s-compensation claims manager. Her biggest problem was boredom. “It was starting to get very stale,” she says. She also wanted more-flexible hours so that she could spend time with her 11-year-old daughter from a previous marriage.

Jack Friedman soaks up the atmosphere in Manhattan. Poon Watchara-Amphaiwan

Jack Friedman worked as a general counsel in the telecommunications and finance industries for about 30 years. In 2008, his employer, SES Americom, reorganized and eliminated his job.

Friedman, 63, says he left on good terms, but he soon learned that there wasn’t much demand for someone with his background and seniority in the satellite industry. With help from New Directions, a Boston-based career consulting company, he decided to pursue an entirely new vocation: leading student tours of East Coast cities. “I’d always thought of doing this,” he says. “You’ve got to be flexible in the 21st century.”

Friedman says his new career combines his love of travel—he’s visited all 50 states and about 60 countries—with his desire to work with young people. And he wasn’t a complete novice. After he graduated from Yale in 1972, he spent two years counseling and placing foreign exchange students from AFS, a nonprofit that organizes exchange programs. One of his duties was chaperoning students on two-week bus tours through several states.

To prepare for his career switch, Friedman took a two-week course at the International Tour Management Institute in San Francisco in March 2011. He started conducting tours in August of that year as an independent contractor and in 2012 decided to focus on student tours. “Students are so eager,” he says. “They like to learn. Their eyes are wide open.”

Now he works for about seven different tour companies for four to five months of the year. Most of his tours, which last from three to nine days, are in Washington, D.C., New York, Philadelphia and Boston.

Friedman says his skills as a lawyer have helped him in his new job. He’s comfortable speaking before a group. Like lawyers, tour guides must be prepared to answer unexpected questions, so he does extensive research before each tour. And occasionally, he’s called upon to negotiate disputes. “If they’re two meals short at a restaurant, you have to work it out,” he says.

Friedman’s goal is to stay busy from February through July, which is the prime season for student tours. He occasionally leads one-day bus tours through New York City, where he moved from Princeton, N.J., in 2011. When he’s not giving tours, he spends a lot of time walking around the city, taking in the sights. “Just soaking up the atmosphere is terrific,” he says.

Friedman’s income has taken a hit. But by living conservatively before he left the corporate world, he was able to accumulate a good-size nest egg. His savings, combined with his tour-guide income, will enable him to postpone filing for Social Security until he’s 66, when he’ll be eligible for full benefits.

Friedman’s advice for career changers? Don’t be concerned about whether a profession is regarded as socially prestigious. “This is the time to follow your interests. You’ve got to love what you do.”

Tapping Into Their Talents

Geri Messer and Pat Balderas of Toledo didn’t plan to spend their retirement managing a business. But an opportunity fell into their laps—or more accurately, at their feet—when the owner of the dance studio where they took lessons said she wanted to sell it.

Messer and Balderas, both 66, were united by their love of tap dancing and their desire to save a place that had become a big part of their lives. Messer had danced from ages 3 to 19, and resumed lessons six years ago at the local studio. Balderas started taking tap-dancing lessons at the studio 20 years ago and has taken master classes.

After receiving counseling from Score, a nonprofit organization that provides volunteer mentors for aspiring business owners, they used money from their retirement savings to purchase Off Broadway Dance Company in October 2011. Messer had a business background, having helped her husband, Alan, run a software company (Alan Messer is chairman of the Northwest Ohio Score chapter). Balderas has taught tap at the studio for eight years, so she had hands-on experience.

You won’t find any Shirley Temple wannabes at Off Broadway Dance. It’s for adults only. Clients range in age from 23 to 86, and most customers are women in their fifties and sixties. “We feel that’s our market,” says Messer, a former nurse. “We want women to take care of themselves and have fun.”

Balderas had been retired for about 18 months from her job as a court administrator when she and Messer discussed buying the business. She had other plans for retirement, including painting, traveling and taking care of her first grandchild. But when it came right down to it, she says, “my passion was always tap dancing.”

Working with someone else was a new experience, Balderas says. As an instructor, she was accustomed to making her own decisions, and she had to get used to collaborating with a partner. Messer agrees. Buying a business as a second act “is kind of like a second marriage,” she says. “You’ve got to really want to do it.”

One of the first things the partners did was ramp up their marketing by taking out ads in local newspapers and redesigning the studio’s Web site. Word of mouth has also helped attract students. Messer and Balderas give their business cards to all of their students, and Off Broadway dancers appear in local parades and give regular performances at local nursing homes and senior centers.

Their efforts have paid off. Business has grown so much that the partners have had to rent extra space to accommodate some of their classes, and they recently added jazz dancing to their lineup. They expect to earn back their initial investment and turn a modest profit this year, which will be used to improve the studio.

Messer can’t imagine a time when they’d give up the studio. “When you love to do something,” she says, “you don’t care how old you are.”

A motel stay led to an unfortunate loss for a California couple. Can they hold the motel responsible? A lawyer’s take on the situation may not leave t…
Growing the Family Business

This Alabama farmer navigates the uncertainties of tariffs, COVID and unpredictable weather.
Captive Insurance for Pandemics? What Small Businesses Can Do

Succession planning may be the single-most neglected aspect of business ownership. Don’t make the same mistake that so many others do. Instead, get st…