Nine Technologies that Will Change Your Future

For 88 years, subscribers have relied on The Kiplinger Letter for insights into emerging technologies that will change the way Americans live and do business.

For 88 years, subscribers have relied on The Kiplinger Letter for insights into emerging technologies that will change the way Americans live and do business. Examples of "you read it first in Kiplinger" include the rise of commercial air routes in 1927, the early development of television in the 1930s, electronic office machines in 1953 and mobile phones in 1983.

What will be the tech breakthroughs of the next decade? Here are nine we're following. The slideshow begins with the navigation at right.

Biometrics on the Move 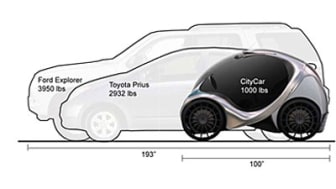 Banks are increasingly turning to biometric authentication for mobile and online clients. Fingerprint, voice and face recognition systems will soon become commonplace as banks seek to heighten security for the rising tide of on-the-go transactions.

Customers are accepting such security measures more readily these days. Many smart phones are already outfitted with cameras and only need a face recognition application; in a few, fingerprint scanners are embedded as well. They’re already in some laptops, and Microsoft’s Windows 7 operating system contains the needed recognition software. Citibank intends to test the waters first in Australia with voice recognition. Look for the trend to spread quickly to other banks as well as to other countries.

GM’s prototype EN-V (Electric Networked Vehicle) is just a third of the length and weight of today’s average car, thanks to an all-electric, rechargeable power system. There’s no bulky engine, transmission or braking system, plus it has built-in smarts to navigate on its own and avoid hitting other vehicles.

The all-electric CityCar (seen here), developed by the Massachusetts Institute of Technology, can squeeze its eight-foot length into a more compact five feet, allowing it to fit in teeny urban parking spots.

A digital code on your business card could soon let folks you meet scan contact information directly into smart phones or other mobile devices on the spot, ensuring correct spelling and phone numbers.

There are plenty of marketing uses for bar codes as well: On property listings -- to allow prospective buyers to download info. Postings at restaurants let patrons peek at menus and specials or tip off friends to their whereabouts. For retailers of all stripes, bar codes provide a chance to interact with consumers, making a digital connection.

Uncle Sam’s OK is expected soon for the first genetically modified food animal -- no, not this pig -- but for farm-raised salmon with a gene from a wild chinook salmon. The gene-jiggered fish is engineered to grow at twice the pace of its unaltered farm raised progenitors.

Next up: Meet “Enviropig,” a porker genetically altered to make the manure it produces less polluting, with phosphorus levels 30%-65% lower than normal. Also in the works: Cattle that are not susceptible to mad cow disease. The animals lack the protein that mutates, so they don’t get the disease and can’t pass it on.

A better understanding of genetics is also leading to changes in other sectors. In agriculture, scientists can tweak genes to make disease resistant animals. Plus they’re using genetically altered animals -- cattle, for one -- to make antibodies to fight diseases such as botulism and anthrax.

Eventually, the isolated antibodies may be approved for injection into humans to protect against those diseases. Researchers are also using genetically altered swine to grow pancreatic tissue that can be implanted in human diabetics to restore their ability to produce insulin.

Genetic advances go way beyond a few drugs. Consider Oncotype DX, a test developed by Genomic Health. It can identify whether breast cancer in a specific patient is aggressive and likely to recur. That gives doctors and patients more information when considering whether chemotherapy is a good move.

Similar tests may do the same for colon, renal and prostate cancers. Dako, the global diagnostic company, is developing a test to select patients with metastatic stomach cancer who may benefit from Herceptin, a breast cancer drug. If the test shows chemotherapy won’t help, doctors and patients can decide against it, avoiding unnecessary pain, and saving $15,000-$20,000 in medical costs. That scenario could be replicated for scores of other treatments.

The Food & Drug Administration is on the cusp of approving a promising drug for lupus, Benlysta, from Human Genome Sciences and GlaxoSmithKline. Gene mapping will also make drug development faster and cheaper. All this could mean big savings in health costs as well as better results.

Power up on the Roof

On the horizon: A novel solar roofing system with appeal for homeowners. Dow Chemical will soon roll out shingles with embedded solar cells. Other companies, such as Lumeta, SRS Energy and SunPower, offer similar power generating shingles and tiles, but Dow’s have a difference: They can be installed by any roofing contractor. An electrician is needed only for the final plug-in. Others require wiring each shingle.

Time For Your Pill 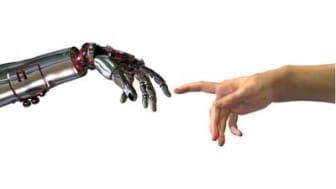 Half of all Americans don’t get prescriptions filled or take prescription medicines when they should. Such negligence contributes to higher costs as people get sicker instead of better. Pharmacy benefit managers can help. Medco Health Solutions, for example, has pharmacists reach out to patients who don’t seem to be heeding doctors’ orders.

One tech solution: A pill bottle cap that lights up when it’s time for a dose. The GlowCap, made by Vitality Inc., emits a pulsing orange light, followed by a beep that becomes increasingly insistent until the bottle is opened. No response will prompt an electronic phone call or e-mail.

Body Scanners Taking to the Streets

Best of Everything 2010: Tech Gadgets and Deals

8 Robots that Will Change Your Life