Once upon a time, restoring this old house was a risky labor of love. 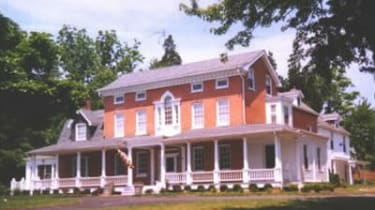 Once upon a time, restoring this old house was a risky labor of love. Only the heartiest of souls would dive into the money pit, knowing the dangers lurking in a century-old fixer-upper. From replacing entire electrical, heating, and cooling sytems to trying to match the details of a Victorian architectural feature, home restorations could—and still can--drain a wallet fast.

But new building technologies and materials have made historic home restorations more cost-effective in recent years. And there are more federal, state, and local tax incentives for restoring older residences with interesting pasts than ever before. With residential real estate prices at historic highs and the market showing no signs of sharp price drops, it might be time to give that dowager on the corner lot another look. A lower market price plus a little sweat equity could yield handsome returns down the road.

Kiplinger’s has searched the country for historic home makeovers under $500,000. We open our series with a look at recent renovations in the Northeast. Most of the restorations featured in our series were done by licensed contractors, a few by homeowners themselves. Some have won local and national awards. So grab your mouse, and click through our house tour of the some of the most beautifully and intelligently restored homes around:

Before:The task was to replace the exterior of this 150-year-old home with maintenance-free vinyl, while at the same time maintaining some of its rich architectural details.

Cost of renovation: $500,000Before: The three-story, five-bedroom Twin Oaks Mansion, located just south of Baltimore, was built in 1857 by William Linthicum. Perhaps you recognize the name: As a U.S. representative, his nephew was chief sponsor of the legislation that made "The Star-Spangled Banner" our national anthem in 1931. In 1937, the mansion was purchased by the Chinese government and is still owned today by the government of Taiwan.

After:The restoration, which took almost 20 years, was finished in 2004. The Taiwan government uses the 24-room dwelling for corporate rentals and entertaining.

Before:This house, located on bustling Georgia Avenue 20 miles north of Washington, D.C., needed some major work. Built in 1880 as a wayfaring station between farms in southeast Pennsylvania and D.C. markets, it featured a root cellar but no kitchen. The owner wanted to turn the building into an antique store/guest home for her clients. One big problem: The house was a maze of rooms but no hallways.

After:A kitchen, laundry room and bathroom were added on the first floor, and hallways were added to both floors. The house got a new roof with materials typical of the 1880s, and the windows on the newer back addition were replaced with high-end Pella windows that match the look and feel of the originals on the house front. New carpeting, oak flooring and electrical system complete the picture. The owner is still unpacking her latest inventory and completing the landscaping. This project won a NARI DC Metro Contractor of The Year Award. 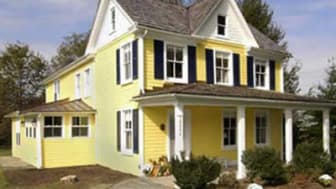 Before:A New York commuting couple bought this 19th Century fixer-upper beside a river about 15 miles south of Allentown. There was a pronounced buckle on the front porch because of a rotten main beam. The plaster walls in the living room--all original--were crumbling.

After:New siding, yet the house retains its old charm. The front porch had to be rebuilt. Vinyl shutters were replaced with period wood-raised panels on the first floor and louvered on the second. The roof was restored to its original state with cedar shingles, and an outdoor radiant heating system keeps snow and ice from the flagstone walkway. Inside, goodbye plaster. The contractor used white tiles and other wall treatments. 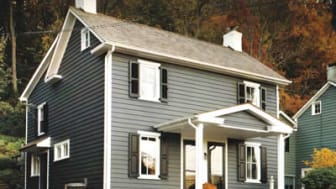 Before:The neighbors insisted this old Victorian home was haunted. When they walked by the house at night, they said they could see the shadow of an old seafarer pacing in the captain's tower. A local sea captain who went down with his ship and crew in 1907 had built the home in 1896, and local legend has it that he awaits their return still. But that didn't deter the new buyer from a major restoration.

After: In addition to roof and floor replacements, foundation reinforcement, and chimney rebuilding, the construction crew recreated the antique gingerbread details of the unique Victorian façade, right up to restoring the turret to its original glory. The contractor studied turn-of-the-century photographs for accuracy. Long-forgotten trim remnants lying in the barn also aided in the reproduction. And a construction crew member discovered the house had a name, "Broadview." This restoration won The Chrysalis Award 2005 for best residential historic renovation. 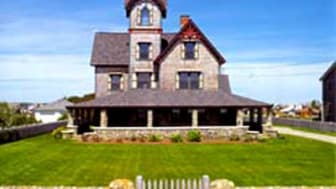 Before: This three-story Victorian was built in 1862 during the Civil War. It had been divided into apartments and was in poor condition. The task was to restore the house while upgrading the building's electrical, plumbing, heating, and cooling systems.

After: Historic renovations often reveal surprising secrets. In this case, a set of pocket doors was found buried in the wall between the kitchen and dining room. It turned out they weren’t original to the house. In fact, they were older than the house and had been salvaged more than 140 years ago, restoration experts found. Another buried treasure was a floor-to-ceiling window found encased in the dining room wall. This window and the pocket doors were restored to operating condition and will grace the house for years to come.

A home equity loan or home equity line of credit may be perfect for your retirement finances. But don't delay; a fee increase is coming.
The Five Top Consumer Complaints 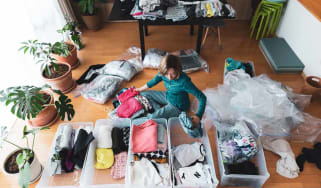 Spending a lot of time at home? What better time to get organized?