Despite the current pullback, Standard & Poor’s 500-stock index has returned a solid 12% over the past year.

Despite the current pullback, Standard & Poor’s 500-stock index has returned a solid 12% over the past year. Not every stock in the index has gained, of course. Many, in fact, have lost ground. Are any of those stocks worth buying? To find out, we sifted through the index’s losers over the past 12 months and sorted out those that our favorite stock fund managers have recently acquired, as well as those that are favorably rated by Wall Street analysts. We settled on five companies. All are contrarian bets and come with above-average risk, and all will require some (or maybe a lot of) patience and grit. 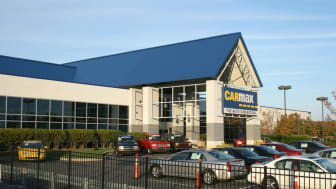 Why the stock is down: The online auction site has changed the way many people buy and sell almost everything, from paper clips to collectible cars. Its foreign sites are growing rapidly—overseas sales generate more revenue for eBay (EBAY) than do sales in the U.S. But this business is mature, and that repels the growth investors that eBay used to attract. The exciting part of the eBay story now lies in online payments. But PayPal, which eBay acquired in 2002, faces competition from, among others, Apple (AAPL) and possibly Facebook (FB), which hired PayPal’s president earlier this year.

Why we like it: PayPal. The digital wallet system is the best-known and most established in the country, which means it is well-positioned to withstand growing competition. The number of transactions has grown 25% annualized for the past five years, three times faster than the online retail market, according to research firm Forrester. Buy the stock now, ahead of eBay’s planned spin-off of PayPal at the end of 2015.

Who bought it recently: The managers at Dodge & Cox Stock (DODGX), a member of the Kiplinger 25; the team behind Primecap Odyssey Growth (POGRX).

Who bought it recently: Will Danoff, manager of Fidelity Contrafund (FCNTX).