All these companies face big changes in their industries.

All these companies face big changes in their industries. For some, a turnaround could come eventually. But for now, it's best to sell these stocks (or at least trim your positions) as the companies sort things out. Of course, you need to keep in mind any capital-gains taxes you may owe.

All prices as of October 31.

Big Blue has fallen behind as cloud-based data storage replaces the expensive servers and software that IBM (IBM) sells. Revenues have declined year-over-year for the past 10 consecutive quarters, and in its third-quarter report IBM abandoned its goal of earning $20 per share by 2015. Although IBM is investing in cloud computing, it faces intense competition. “It doesn’t appear much can go right,” says Michael Shinnick, comanager of the Wasatch Long/Short Fund. 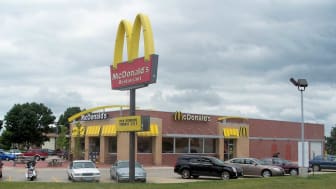 Fast-food giant McDonald’s (MCD) needs more love from its customers. In a survey published in July, subscribers to Consumer Reports ranked the Golden Arches’ hamburger last behind 20 competitors. Millennials, in particular, prefer fast-food meals made to order with high-quality ingredients. No wonder, then, that McDonald’s third-quarter sales declined 3.3% and earnings per share fell a stunning 28% from the previous year. The company plans to allow diners to customize orders, giving them the ability to, say, build their own burgers. Still, according to a report by S&P Capital IQ, McDonald’s will likely lose market share in 2015.

J.C. Penney (JCP) has been trying to right itself for years, with little success. The retailer alienated core customers when former chief executive officer Ron Johnson redesigned stores and eliminated discount coupons. Penney dismissed Johnson in 2013, and it rehired previous CEO Mike Ullman, who had retired in 2011. Now, Marvin Ellison, most recently a senior executive at Home Depot, is slated to take over in August. Ellison’s knowledge of supply-chain management could help lower costs at Penney, but it will be an uphill battle to win back customers. Consider that Web-based sales in the first half of Penney’s fiscal year, which goes through July, were still below 2011 levels. “This is going to be a long slog,” Shinnick says.

Changes in consumer preferences for smartphones led Motorola Solutions (MSI) to spin off its phone business in 2011. And in October, the company jettisoned its barcode-reader business. So now Motorola will primarily sell communications systems to public-safety and government agencies. But government budgets in the U.S. are growing tepidly. Sales at Motorola declined 5% in the third quarter and are expected to be essentially flat in 2015. At 19 times projected 2015 earnings, the stock looks overvalued.

Among the companies on this list, Sears Holdings (SHLD) wins the award for the most turmoil. The venerable retailer, which also owns the Kmart discount chain, has failed to keep up with store upgrades. The company was expected to lose money in the fiscal year that ends in January 2015, which would mark the third consecutive year of red ink. Sears has been shedding assets, such as Lands’ End, to raise cash. The stock has fallen more than 80% since it reached a record high in March 2007, and prospects for a recovery are bleak.