Many of us are unhappy with our health insurers.

Many of us are unhappy with our health insurers. Premiums are high. Hospital bills can be large and deductibles for many policyholders are larger than ever.

Here are five health insurance stocks to buy – all of which have advanced by double digits already in 2018. But don’t worry about being late to the party. There’s reason to expect more upside in these stocks because they need only to maintain a strategy at which they have proven adept: increase enrollments and contain medical costs.

No one paid much attention when Centene (CNC, $139.42) joined the Affordable Care Act exchanges in 2014. But now it is the largest ACA player with 1.6 million marketplace members and continues to earn substantial profits from this program.

Centene is no one-trick pony, however. It wins about 81% of the Medicaid contracts it bids on, based on an analysis by Wells Fargo analysts.

Success in gaining new business has showed up on the top and bottom lines alike. Last year’s earnings grew to $5.03 per share, up from $4.43 in 2016. But there’s more growth to come for this health insurance stock, say Bank of America analysts, who estimate 2018 EPS of $6.95 on eye-popping revenues of $69 billion.

Regarding the latter: In April, Humana teamed up with private equity players TPG Capital and Welsh, Carson, Anderson & Stowe to purchase hospice provider Curo for $1.4 billion. That deal followed Human’s $4 billion acquisition of Kindred at Home, which when combined with Curo created the nation’s largest hospice provider.

Before and shortly after CVS Health (CVS) announced its acquisition of Aetna (AET) in December of last year, there was speculation that Humana might be the next takeover target. Since then, however, that spotlight has come off Humana, and instead, the health insurance company is eyeing stronger ties with Walmart (WMT); the two companies currently have a prescription drug partnership.

While these machinations play out, Humana’s Medicare Advantage continues to grow rapidly. In August, Humana raised its adjusted EPS guidance for fiscal 2018 from to approximately $14.15 from its previous range of $13.70 to $14.10. Bank of America/Merrill Lynch analysts expect Humana to benefit from a recent increase in Medicare Advantage rates.

Molina reported second-quarter earnings in August that benefited from downsizing, improved productivity and debt reduction. Based on these improvements, management raised its EPS guidance substantially, from a range of $4-$4.50 per share to $7.39-$7.59, or an increase of 68%-85% on the higher and lower ends, respectively.

It’s not just Medicaid spending that is fueling optimism behind Molina and similar health insurance stocks. In 2017, a management shake-up resulted in Molina’s board letting go of CEO J. Mario Molina and CFO John Molina, the sons of founder C. David Molina. Joseph M. Zubretsky, former CEO of Hanover Insurance, took the reins during the fourth quarter of that year, and the company’s progress under his leadership during Q1 and Q2 of this year has been material.

About 10,000 baby boomers turn 65 daily and qualify for Medicare, which is UnitedHealth’s largest business segment, accounting for $66 billion of its $163 billion in revenues last year. UnitedHealth’s fastest-growing business, which it calls UnitedHealthcare Community & State, is tied to Medicaid spending (which is growing around 6% annually). Between 2015 and 2017, Community & State revenues jumped 29%, from $28.9 billion to $37.4 billion. These businesses are important because the employers and individual insurance division shrunk between 2016 and 2017, though it remains above 2015 levels.

Analysts are bullish on UNH because of its diversified product line, which they feel will enable it to adapt to changing government regulations and seize growth opportunities as they appear.

It’s a huge pie, and Wellcare is an able, acquisitive player. The company recently completed the acquisition of several Meridian health plan companies, giving it a top market position in two states, an accretive addition to earnings — according to the company’s guidance and analyst reports — and the option to enter the exchange business.

Here are 13 dividend stocks that each boast a rich history of uninterrupted payouts to shareholders that stretch back at least a century.
Stock Market Today 10/30/20: Big Tech Beatdown Keeps Stocks in a Slump 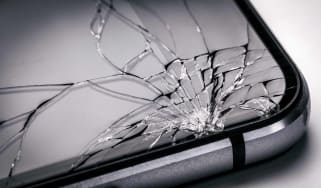 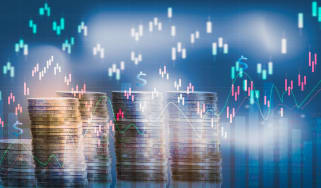 Dividend growth stocks with even so-so current yields can become powerful income holdings thanks to payout hikes over time and price-upside potential.