12 Bank Stocks That Wall Street Loves the Most

Bank earnings season kicked off Friday, April 12, with first-quarter reports from JPMorgan Chase (JPM) and Wells Fargo (WFC). As more reports roll in, investors will be keen to see what a pause in interest-rate hikes and a potential slowdown in economic growth could mean for the sector going forward.

After all, those and other concerns have made financial stocks a market laggard so far this year. The Standard & Poor’s 500-stock index is up a hot 15% for the year through April 10. The financial sector, however, gained just 11% over the same span. The bank subsector was up a bit more than 12%.

But the financial sector might be ready to pivot. Analysts surveyed by Refinitiv expect the sector to post year-over-year Q1 earnings growth of just 2.9%. That doesn’t sound like much, but it’s encouraging when you consider that FactSet estimates the S&P 500’s profits will contract by 4.2% for the quarter.

Which bank stocks are analysts most excited about right now? We screened the Russell 1000 Index for the top-rated small, midsize and large bank stocks. S&P Global Market Intelligence surveys analysts’ ratings on stocks and scores them on a five-point scale, where 1.0 equals “Strong Buy” and 5.0 means “Strong Sell.” Any score of 2.0 or lower means that analysts, on average, rate the stock a “Buy.” The closer the score gets to 1.0, the better.

Here are the 12 best-rated bank stocks as earnings season gets into gear. This group is broken down into the four most-loved stock picks in the small-, mid- and large-cap spaces.

Data is as of April 10, 2019. Companies are listed by strength of analysts’ buy recommendations, from lowest to highest. Dividend yields are calculated by annualizing the most recent quarterly payout and dividing by the share price. Analysts’ ratings are provided by S&P Global Market Intelligence. Expected earnings dates are provided by Briefing.com.

Analysts believe Popular (BPOP, $53.05) is poised for steady-if-not-spectacular growth. The regional bank serving Puerto Rico, New York, New Jersey and Florida is expected to deliver average earnings growth of 5% a year for the next half-decade.

Add in the healthy dividend yield, and you have a stock that Wall Street equity researchers are firmly behind. Analysts at Sandler O’Neill & Partners – which specializes in financial-sector analysis – rate BPOP stock at “Buy.” They say the bank’s “capital position remains extremely robust” and that “BPOP is set up for a very nice 2019.”

Popular’s stock is up about 12% for the year-to-date, lagging the S&P 500 by 3 percentage points. The next potential catalyst is its Q1 earnings report, which is expected to come out ahead of the April 18 market open. 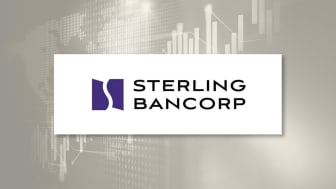 Regional financial stock Sterling Bancorp (STL, $19.88) is having a hot year. Shares are up more than 20% so far in 2019, and analysts think there’s more outperformance to come.

With an average recommendation score of 1.5, the Street leans heavily toward “Strong Buy” and “Buy” calls. Sandler O’Neill analysts base their own “Buy” call partly on the stock’s “compelling valuation.” They also laud the company’s ability to keep a cap on costs: “Expense control has been excellent.”

The regional bank with locations primarily in the greater New York area is expected to deliver annual average earnings growth of 5% for the next five years. Sterling’s next quarterly update should come after the April 24 market close. 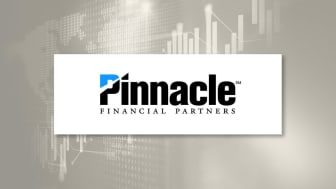 Shares in Pinnacle Financial Partners (PNFP, $55.86) are on a tear so far in 2019. PNFP is up more than 21% for the year-to-date, easily outpacing the broader market. Analysts believe the regional bank – which serves Tennessee, North Carolina, South Carolina and Virginia – is set to deliver outsize earnings growth.

Sandler O’Neill analysts, who rate the stock at “Buy,” note that “new revenue producers will continue to fuel future growth.”

The analyst consensus is for earnings to increase at an average annual pace of 32% for the next five years, according to Refinitiv data. No wonder Wall Street’s pros are so bullish on this bank stock, which is set to report its quarterly results after the April 15 close. 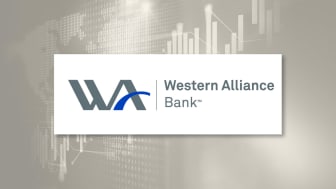 Shares in Western Alliance Bancorporation (WAL, $43.32) – a regional bank with branches in California, Arizona and Nevada – tumbled in March after the Federal Reserve indicated that it wouldn’t raise interest rates again in 2019. Low rates put pressure on banks’ net interest margins, or the difference between what a lender pays for deposits and charges for loans. Thus, WAL was hardly alone in reacting negatively.

Analysts as a group remain bullish on Western Alliance’s stock, however, which has rallied sharply in recent weeks. Indeed, WAL is up 11% since bottoming on March 22. Standard & Poor’s 500-stock index has gained 3% over the same time frame.

The regional bank is forecast to generate average annual earnings growth of 7.5% over the next five years, according to data from Refinitiv. Its quarterly results are expected to come after the April 22 closing bell.

Concerns about stagnant interest rates and slower economic growth have some analysts leaning toward being more cautious on the stock. Their average recommendation of 2.39 sits between the “Buy” and “Hold” camps.

Analysts expect HBAN to generate average earnings growth of 8% a year for the next five years, according to a survey by Refinitiv. That should help fund a dividend that has doubled from 7 cents per share quarterly to 14 cents since late 2015.

Huntington’s next earnings report is due out ahead of the April 25 market open.

With more than 1,100 branches across 15 states and about $130 billion in assets, Cleveland-based KeyCorp (KEY, $16.39) is one of the largest regional banks in the nation. A hefty dividend yield north of 4% and solid growth prospects have analysts convinced that solid returns still lie ahead.

Zacks Equity Research notes that KeyCorp has been driving growth through acquisitions. Since 2016, the bank has bought out First Niagara Financial Group, HelloWallet and Cain Brothers & Company. Most recently, it closed on its acquisition of Laurel Road Bank’s digital lending business in early April.

Analysts forecast the bank to generate average annual earnings growth of 6.7% for the next five years. Add in the dividend yield of more than 4% and KEY gets an average analyst recommendation of “Buy.”

KeyCorp is expected to report earnings on the morning of April 18.

SVB, which stands for Silicon Valley Bank, is a go-to bank for tech-sector startups. In addition to commercial banking, the firm offers services ranging from venture capital and private equity to private banking and wealth management.

Sandler O’Neill analysts have a “Buy” rating on this bank stock partly because of its “unique franchise.” The analysts also like SIVB’s “above-average growth and superior deposit base.”

SIVB is up 25% for the year-to-date, which beats the S&P 500 by about 10 percentage points. Despite the run-up in price, analysts have kept their bullish stance. Their average recommendation of 1.67 sits easily on the “Buy” side of the scale. We’ll see if that continues following its next earnings report, due out after the market closes on April 25.

The regional financial company best known for Citizens Bank branches throughout New England, the Mid-Atlantic and Midwest is forecast to generate average annual earnings growth of almost 13% for the next five years, according to data from Refinitiv. The top line is expected to be a bit more modest, but there’s still upside, with analysts projecting 6.6% revenue growth this year, then 4.2% in 2020.

Analysts’ average price target of $41.20 gives CFG and implied upside of more than 20% over the next 12 months or so, according to Refinitiv. Citizens’ Q1 report is due out ahead of the April 18 open.

UBS, for example, downgraded STI to “Neutral” (equivalent of “Hold”) in early March. “Our prior thesis no longer holds; investment case tied to whether BB&T merger creates value,” analysts wrote in a note to clients.

The majority of Wall Street’s pros are on the fence. Of the 27 analysts tracked  by S&P Global Market Intelligence, 17 say SunTrust is a “Hold.” Eight call it a “Strong Buy,” while two have it at “Buy.”

With nearly 1,900 branches and almost $220 billion in assets, BB&T (BBT, $48.11) was already one of the nation’s largest regional banks. Once it completes its merger with SunTrust, the combined firm will become the nation’s sixth biggest bank by assets.

However, analysts on average are merely upbeat, but not uber-enthused, about BB&T’s prospects.

Sandler O’Neill, for instance, applauds the SunTrust merger. But it also thinks investors should wait for a better entry point on BBT stock. The analysis outfit has a “Hold” rating on the shares, which is not an uncommon view. Fifteen of the 24 analysts tracked by S&P Global Market Intelligence fall in the middle. Only eight call BBT a “Strong Buy,” and one other analyst says “Buy.”

The large regional bank will report its latest financial results before the April 18 open.

With an average recommendation of 2.10, analysts are mostly bullish on the mega-cap financial stock, but there are a significant number of “Hold” calls. Of the 30 analysts surveyed by S&P Global Market Intelligence, 10 say BAC is a “Strong Buy” and seven have it at “Buy.” The remaining 13 analysts call it a “Hold.” That includes HSBC’s Alevizos Alevizakos, who started BofA at “Hold” on concerns such as margin contraction and declining loan growth.

Still, analysts forecast BAC to generate average annual earnings growth of 21% for the next five years. Their average target price of $33.17 gives the stock implied upside of 14% in the next 12 months or so.

Bank of America’s results should come before the April 16 opening bell.

Analysts as a group aren’t as jubilant about large bank stocks as they are about the sector’s midsize and smaller companies. But Citigroup (C, $65.52), the nation’s fourth largest bank by assets, has a cleanly bullish camp. With an average recommendation of 1.79, analysts are split on whether the massive money center bank is a “Strong Buy” or a “Buy.”

As well they should be. With an average price target of $77.64, according to Refinitiv, shares in Citigroup have implied upside of more than 18% in the next 12 months or so.

UBS analysts, who rate Citigroup stock at “Buy,” say “a low bar could set (the) stage for near-term outperformance.” Shares in the bank are up 26% year-to-date already.

Wall Street expects average annual earnings growth of nearly 17% over the next five years. For the quarter to be reported ahead of the April 15 opening bell, expectations for profit growth are a bit more subdued at 7.1%, but still better than the sector average.