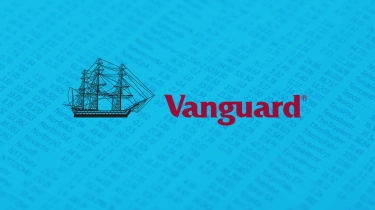 Vanguard customers, especially retirees who want income-producing funds, can rest easy. Between the firm’s many index funds and its actively managed portfolios, investors have plenty of good choices including the eight mutual funds highlighted here. Two are pure stock funds; two others own a mix of stocks and bonds; and the remaining four are bond funds. We also recommend three exchange-traded funds as suitable alternatives to some of the mutual funds. None should fill all of your income needs, but you can use some of them to build a diversified portfolio that works for you. Click through to the end to see our model income portfolio.

We focus on Vanguard’s actively managed funds. Although they’re not as cheap as the firm’s index funds, their expense ratios are still remarkably low. Take a look.

Funds are listed in alphabetical order. All prices, returns, yields and portfolio data are through May 4. Data is for each fund’s Investor share class, which requires a $3,000 initial minimum investment. Lower-cost Admiral shares are available for all but one of the funds (Vanguard Dividend Growth); they have a $50,000 minimum. 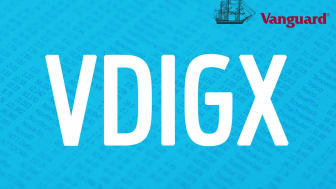 This stalwart is a member of the Kiplinger 25, the list of our favorite no-load mutual funds. It has been a steady long-term performer, beating Standard & Poor’s 500-stock index by an average of 1.7 percentage points per year over the past decade.

Dividend Growth shines brightly when the stock market wobbles. During the 2011 correction, when the S&P 500 lost 18.6%, the fund dropped 12.0%. More recently, from last May through early February, when the index surrendered 12.8%, Dividend Growth declined 7.1%.

For Donald Kilbride, who joined the fund in 2002 and became manager in 2006, dividend growth matters more than a stock with a high current yield. Studies show that companies with a record of increasing dividends over time tend to have stronger balance sheets and steadier earnings growth than companies that don’t have a steady record of raising payouts. The fund’s top holdings at last report were Microsoft (MSFT), United Parcel Service (UPS) and Costco Wholesale (COST).

If you’re inclined to buy an index fund, go for Vanguard Dividend Appreciation ETF (VIG) instead of the mutual fund. The exchange-traded fund costs a low 0.1% in annual fees, and it yields 2.2%. 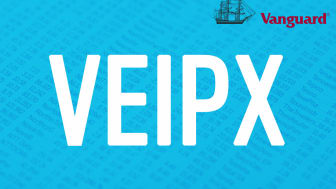 This fund’s name just about says it all. Equity-Income’s goal is to deliver above-average income by investing in dividend-paying stocks.

Since August 2007, when the pair began to work together as subadvisers, Equity-Income has returned 7.2% annualized, edging the S&P 500 by an average of 0.6 percentage point per year. The fund recently held 204 stocks, led by Microsoft (MSFT), Johnson & Johnson (JNJ) and General Electric (GE). 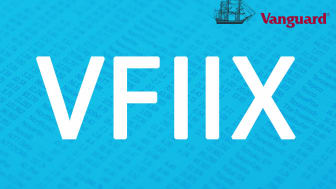 Most people know the securities backed by the Government National Mortgage Association (GNMA) as Ginnie Maes. These debt instruments typically pay slightly more than comparable Treasury bonds and, like Treasuries, are backed by the full faith and credit of the U.S. government. Not surprisingly, Vanguard GNMA invests mostly in Ginnies. With a portfolio that has an average maturity of 5.8 years, the fund yields 2.1%. By contrast, a five-year Treasury yields 1.2%; a seven-year Treasury yields 1.5%.

The slightly fatter yield will soften the blow when interest rates rise, a move that drags bond prices down (bond prices and interest rates tend to move in opposite directions). Vanguard GNMA has a duration (a measure of sensitivity to interest-rate moves) of 3.4 years. This implies that if rates were to rise by one percentage point, the fund’s net asset value per share would drop by 3.4%.

Michael Garrett of Wellington Management, the fund’s subadviser, has been with Vanguard GNMA as a comanager since 1999 and the sole manager since 2010. He focuses on GNMA mortgage bonds, but he’s a value investor at heart. So he will own mortgage securities backed by government-sponsored enterprises Fannie Mae or Freddie Mac if they can be bought for a good value. Over the past five years, the fund’s 3% annualized return has outranked 83% of other intermediate-term government bond funds.

Investors who prefer an index fund should consider Vanguard Mortgage-Backed Securities ETF (VMBS). It yields 1.9% and costs 0.10% in annual fees. 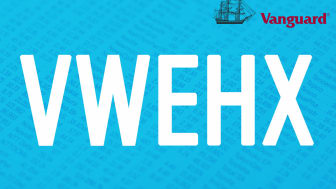 Don’t let the phrase junk bond, the street name for high-yield debt, scare you away. Although stocks have been the most rewarding asset class over the long term, junk bonds have delivered more bang, with less volatility, over the past decade. Over that time, the BofAML High Yield Master II index, a measure of junk-bond performance, returned 7.1% annualized, compared with 7% annualized for the S&P 500. And the junk index was about one-third less volatile than the S&P 500.

Vanguard High-Yield Corporate, managed by Michael Hong, is one of the more defensive junk bond funds. Hong keeps a handle on risk by loading up on the higher-quality end of junk bonds. More than 80% of the fund’s assets are in bonds rated single-B or double-B, the highest junk rating. Over the past 12 months, High-Yield Corporate gained 0.3%, hardly anything to brag about, though that did beat the average junk-bond fund by 2 percentage points. 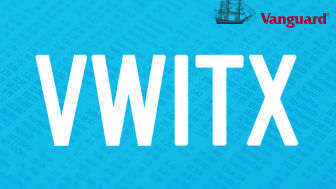 Vanguard’s bond group has a “hub-sat” structure. At the hub, senior strategists make the big-picture calls. The sat (short for satellite) teams focus on individual bond selection and the amount to invest in each sector. But the sat teams also have subgroups that drill down to, say, long-term or limited-term munis, or general-obligation muni bonds as opposed to power revenue bonds.

Because of Vanguard’s team approach, we’re not overly concerned that Jim D’Arcy has been at the fund for just three years. Lately, D’Arcy has been getting defensive, buying staid water and power muni bonds, in step with the hub’s cautious outlook for the economy. “No matter where you live, whether the economy goes up or down, you still pay your water bill,” he says. The fund’s current yield of 1.3% is equivalent to a 2.4% payout for someone in the highest federal tax bracket. Since D’Arcy took over in June 2013, Intermediate-Term Tax Exempt has returned 4.8% annualized. That beat the average medium-maturity muni bond fund by an average of 0.7 percentage point per year. 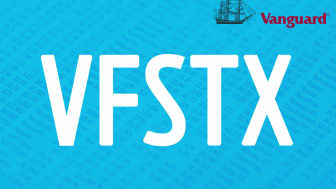 This fund, a member of the Kiplinger 25, has a simple mandate: Deliver a higher yield than cash and short-term government bonds. Cash—meaning bank accounts and money market funds—basically pays nothing nowadays, and one-year and five-year Treasury notes yield 0.6% and 1.2%, respectively. Compared with that kind of competition, Short-Term Investment Grade wins in a landslide.

The fund holds a mix of short-term corporate bonds (55% of its assets), asset- and commercial-mortgage-backed securities (16%), foreign government debt (2%), Treasury notes (11%) and cash (11%). The portfolio has an average maturity of 3.3 years, and its average duration is 2.6 years. That implies that if interest rates were to rise by one percentage point, the fund’s net asset value would decline by roughly 2.6%.

Since Greg Nassour became manager in mid 2008, the fund has returned 3.2% annualized. That outpaced the typical short-term bond fund by an average of 1.1 percentage points per year.

Vanguard Short-Term Bond ETF (BSV) is a good index-fund option. The exchange-traded fund invests in government bonds and corporate debt with investment-grade ratings. It yields 1.2% and costs 0.09% a year in annual fees. Its duration, 2.7 years, is roughly the same as that of the actively managed fund. 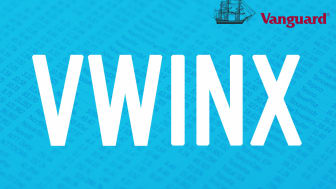 Wellesley Income is a conservative choice for investors who seek limited exposure to the stock market. The fund typically holds 60% to 65% of its assets in bonds and the rest in stocks.

The fund is run by Wellington Management, which also runs Vanguard Wellington, Wellesley Income’s mirror image (see next slide). Michael Reckmeyer mans the stock side, and John Keogh steers the bond side. Since the duo teamed up in February 2008, the fund has returned 7.4% annualized, trouncing its peers by an average of 3.5 percentage points per year. 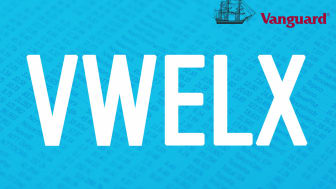 You can build a balanced portfolio that uses the best stock and bond funds you can find. Or you can let the managers at Wellington do it for you. Wellington, a member of the Kiplinger 25, invests about two-thirds of its assets in stocks and the rest in bonds.

Wellington Management runs the fund. John Keogh has steered the bond side since 2006; Edward Bousa has picked the stocks since 2002. Bousa favors three kinds of dividend stocks: stable companies with steady, above-average payouts, such as Verizon Communications (VZ); stocks that are inexpensive because of a supply-demand imbalance, such as Royal Dutch Shell (RDS); and what Bousa calls “broken growth stocks” — shares in firms with good growth prospects that have stumbled and are trading at discounted prices—such as Bristol-Myers Squibb (BMY). On the bond side, Keogh favors government debt, which he says can serve as a “buffer” should the economy head south.

One final note: New customers can invest in Wellington only if they buy through Vanguard. 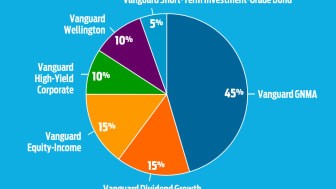 We’ve put together a model income-oriented portfolio that consists entirely of Vanguard funds. It’s a well-balanced package that provides income and potential for growth. If your tolerance for risk tilts more toward preservation than appreciation, scale back on the stock funds. (Simply swapping Vanguard Wellington for Vanguard Wellesley Income, for instance, will ratchet down your exposure to stocks.) Finally, if you are in a high income-tax bracket and you are investing in a regular account, consider replacing the portion of the portfolio that is dedicated to Vanguard GNMA with Vanguard Intermediate-Term Tax-Exempt Fund, which invests in municipal bonds.

Actively managed ETFs are starting to blossom in popularity. Investors unfamiliar with the space can start with these seven active funds.