4 Dow Stocks Every Retiree Should Own

It's arguably the bluest of the blue-chip stock indexes, dating back to the 19th century. 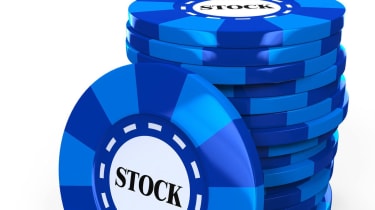 It's arguably the bluest of the blue-chip stock indexes, dating back to the 19th century. The Dow Jones industrial average is a bastion of large, stable companies that pay dividends and represent some of the very best firms in their respective industries. That's why a retiree looking for a high-quality company with a dependable income stream would be wise to consult the Dow. If we had to pick just four of the 30 stocks that make up the Dow, we would focus on names with some combination of high or fast-rising dividends and promising business prospects. Another requirement would be that the stock price be reasonable relative to the company's expected future earnings. And if management is sitting on loads of cash that can be returned to shareholders through dividend hikes and share buybacks, so much the better. Based on a mix of those criteria, these four Dow components stand out as must-have holdings for retirees.

All prices and other data are as of January 3, 2017. Price/earnings ratios are based on the average of analysts’ forecasts for calendar 2017, as compiled by Zacks Investment Research. Stocks are listed alphabetically.

It’s somewhat unusual to look to the technology sector for dividends and value, but Apple is no ordinary company. It hauled in $215.6 billion in sales and $45.7 billion in profits in the fiscal year that ended in September 2016—more revenues and earnings in a year than just about any other company in the world. Apple’s hoard of cash and securities has swollen to $67.3 billion. The company has another $170 billion in long-term investments. It is now so cash-rich and profitable that it can afford to reward shareholders in two ways: buy back massive quantities of its own shares, which boosts the per-share earnings of the shares that remain outstanding; and hike its dividend, which it has raised at an annualized pace of 10% over the past four years.

Apple might never achieve the growth rates it enjoyed when the iPhone was first ascendant. Profits, in fact, dipped 14.4% in fiscal 2016, compared with a year earlier. But analysts see earnings rising 9% in fiscal 2017 and 10% the following year, fueled by sales of a new iPhone that Apple will likely launch in late 2017 to coincide with its 10th anniversary on the market. Investors aren’t paying much for that growth, with the stock trading at about 13 times earnings, well below the P/E ratio of 17 for Standard & Poor’s 500-stock index. More dividend hikes are likely as Apple continues to rake in cash.

Health care stalwart Merck hasn’t missed a quarterly dividend payment in more than three decades. A recent four-year streak of dividend increases looks likely to continue. And Merck’s growth prospects appear compelling. Years of acquisitions, plus research and development, are resulting in a slew of successful drugs now on the market. Cancer medicine Keytruda is an ongoing hit, for example, and Merck has more potential winners in the works with 24 drugs in the latter stages of development. Analysts, on average, believe Merck's earnings per share rose 5% in 2016. In the 12-month period that ended September 30, 2016, Merck generated $9 billion in free cash flow (cash profits, minus the capital expenditures needed to maintain the business).

Like Merck, Pfizer is a relatively high-yield stock. Investors worry that the company isn’t producing enough new products to overcome the loss of revenues from drugs that lose patent protection. But Pfizer has invested heavily in research and development, and made some big acquisitions that should start to produce a new wave of products. Breast cancer treatment Ibrance, blood thinner Eliquis and the pneumococcal pneumonia vaccine Prevnar 13 are just three of the company’s recent successes. And Pfizer’s lineup of drugs in development looks promising, with 94 products in the works.

The company has paid quarterly dividends consistently for decades and has a six-year history of dividend growth. Earnings per share are expected to rise just 2% next year, but the dividend looks well-covered. Analysts forecast that the company will shell out more than $7 billion in dividends in 2017, less than half the firm’s estimated net income of $15.9 billion.

Verizon Communications, formerly called Bell Atlantic, has paid dividends under its current name since 2000. It can also claim nine straight years of dividend growth. But the company has more to offer than an income stream.

Verizon is repositioning itself for a world in which mobile content and ads are ubiquitous. It purchased AOL for its digital-advertising technology in 2015 and currently has an agreement to buy Yahoo (YHOO). That deal may not go through, partly because of Yahoo’s recent disclosure of a massive data theft impacting more than 1 billion accounts. But Verizon is raking in cash from its mobile business, Fios TV service and other revenue sources. Profits should climb 4% in 2017, according to the average of analysts’ estimates. Throw in a 4.3% dividend yield and you could scoop up total returns of more than 8% over the next year if the stock keeps pace with profit growth.