Sometimes, modern medicine pushes past science and into the realm of science fiction.

Sometimes, modern medicine pushes past science and into the realm of science fiction. The artificial heart and hip replacements were certainly in that category, giving rise to the idea of a bionic man or woman. Other breakthroughs have less of a "wow" factor, but offer relief and comfort where once there was pain and suffering.

Here are eight medical breakthroughs just over the horizon that could have a profound impact on your life. (Alas, a cure for the common cold is not on the list.)

Researchers have found that some radio frequencies will disable certain nerves in kidneys to significantly lower blood pressure. The treatment involves threading a catheter through an artery in the groin, but doesn't require major surgery.

The treatment, already approved in Europe, should be widely available in the U.S. in about two years. Medtronic is conducting the first U.S. trial.

Help for the Heart

There have been great strides in the use of metal stents to open clogged arteries and in repairing or replacing defective valves. Soon such procedures will become less invasive.

Instead of using a metal stent to open a blocked artery and restore blood flow, Abbott Laboratories is testing a temporary stent that dissolves after two years, leaving behind a healed blood vessel. Abbott is also working on a clip to close a dysfunctional mitral valve. It's delivered by catheter rather than through open heart surgery. Both items are already on the market in Europe.

A replacement heart valve is also coming, from Edwards Life Sciences. Most valve swaps involve open heart surgery with the heart temporarily stopped. This valve would be placed intravenously, with the heart still beating.

Look for an external artificial pancreas to hit the U.S. market within five years. That will be a boon for diabetics who have trouble keeping blood sugar levels in check.

The device monitors blood sugar and then administers and adjusts insulin automatically using a computerized insulin pump. One early version, which stops the flow of insulin when glucose levels are too low, is already available overseas and will begin U.S. trials this year.

Helping the Blind to See 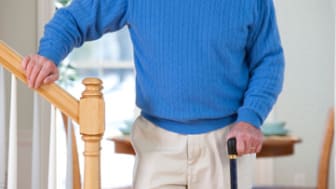 An artificial retina is being developed by Second Sight Medical Products Inc. The technology, called Argus II, converts images from a tiny camera in a person's glasses into small electrical pulses transmitted to electrodes that are implanted on the retina. Vision is limited, but testing has enabled sightless people to find doors, sidestep obstacles and sort laundry. Some users can even read large print with the device's help. The device is available in Europe now but is likely a year or two away from approval for use in the U.S.

A new artificial cornea is also a couple of years away from the U.S. market. KeraMed Inc. is developing an implant that doesn't rely on donor tissue. There's enough tissue to treat only 1% of the 10 million cases of corneal blindness reported worldwide each year. The device, made of a proprietary material, is designed to replace the section of the cornea that focuses light, which is necessary to see.

This version is flexible, so it will require a smaller incision than other implants. That will mean a shorter recovery period and fewer complications.

Further down the road -- five years or so: a drug treatment from Lpath Inc. for macular degeneration, the leading cause of blindness in people over 65. The drug contains antibodies to neutralize molecules that contribute to abnormal growth of blood vessels in the retina. The out-of-control vessels distort central vision.

Taming the Tremors of Parkinson's

Preladenant, from Merck, is seen as an alternative to the existing therapy, L-dopa. But Parkinson's drugs often become less effective over time, so development of new drugs is vital.Enter Fipamezole, from Santhera Pharmaceuticals, which is seen as a promising treatment for the pronounced tremors associated with advanced cases of the disease. It's probably several years away from approval by the Food and Drug Administration, however.

There is no cure for cancer, but new approaches are being developed to aggressively fight some forms of the disease and to limit debilitating side effects.

Vaccines to treat pancreatic and ovarian cancers, melanoma, multiple myeloma and a form of lung cancer are in development but have not yet moved into the FDA approval pipeline.

Easing the Pains of Aging

Up to 40% of adults who have rheumatoid arthritis don't respond adequately to approved treatments. Help for them may come in the form of tofacitinib, a drug in development by Pfizer that inhibits enzymes that contribute to inflammation.Meanwhile, Merck is a year away from seeking FDA approval for odanacatib, a once-a-week treatment for osteoporosis.

One-quarter of those with bone density weakness can't tolerate the most common drugs to treat it, so the alternative will be welcome news for the 10 million people in the U.S., mostly women, with the disease.

Your Medical History on a Microchip

Within five years, you'll be able to carry all your medical records, including lab work and X-rays, on a flash drive. The device will be encrypted to prevent hacking, and the information can be downloaded by a doctor or specialist.

SLIDE SHOW: 10 Bugs That Bug Us Most

Map: Who Will Save the Most with Generic Lipitor 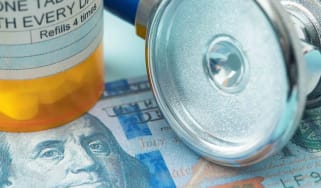