5 Ways Technology Will Change the Way You Travel 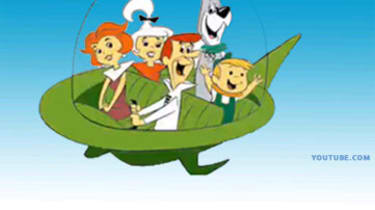 Like your ride now? Wait until you see the future.

Dramatic changes are on the way in automobile travel. Innovations in engine technology and lighter materials will drastically cut down on refueling needs.

The Internet will make cars even more efficient and improve communications, whether it's for a Sunday drive or in a dire emergency. And don’t be surprised if you see a car that looks like an airplane passing you in the fast lane in the next 20 years.

Here are five technological breakthroughs, as reported in The Kiplinger Letter, that could soon revolutionize your drive time.

The "Jetsons" fantasy of flying cars is probably still many decades away, but a Massachusetts-based firm is working on the next best thing: planes that can drive on public roads.

The Terrafugia Transition is a small propeller-driven plane with one big difference: Upon landing, the pilot can fold away the wings and drive home. The Transition’s engine runs on automotive fuel, and can power both the propeller and the wheels, allowing the craft to drive on roads at up to 65 mph. Richard Gersh, Terrafugia’s vice president of business operations, says that pending expected government approvals, the company plans to have the plane for sale late next year. About 100 prospective customers have already put down a deposit for the plane, estimated to cost between $200,000 and $250,000.

It’s likely to see its biggest commercial sales in rural and remote areas, where flying to cover large distances is a way of life.

Cars that Drive Themselves

The federal government, carmakers, and now technology giant Google are working to develop an artificial intelligence software that can mimic the decision-making of a safe driver, tracking motion and activity outside the vehicle. Such "robot" cars are still a decade or more away — consumer acceptance will be a huge challenge. But a host of smaller-scale automation options are starting to appear in today’s models: radar that helps cruise control systems adjust for other cars ahead, or alert drivers to cars in blind spots. Even the modestly priced Ford Focus is now offering a feature that parallel-parks your vehicle for you.

True hands-off driving on a large scale — with its promise of fuel savings and greater passenger safety — will take at least a decade. Before it can happen, cars will need to be able to connect both with each other and with roadway infrastructure like stoplights.

Surfing the Web on the Way to Work

Systems such as GM’s OnStar have taken car communications well beyond the cell phone — the next step will be Internet access in your automobile.

Microsoft and Toyota are partnering to bring greater integration between the Web and onboard car computers for personal and business functions as well as for controlling vehicle operation. The system will be built on Microsoft’s Azure platform, which will give car owners cloud computing access.

Meanwhile, GM is rolling out Wi-Fi routers as an option on its Cadillac, Buick and GMC models. Wireless will allow on-the-go high-speed Interact access. The routers are provided by Autonet Mobile and will cost about $500 per model with monthly service (for up to 1 gigabyte of data transfer) at $29. The GM offering will be first available in GM vans, SUVs and light trucks, since those are the work/commuter/family vehicles most likely to benefit from the hookup.

Engines that Get You Farther for Less $$$

The next round of federal fuel mileage regulations could set a target of anywhere from 47 to 62 miles per gallon by 2017 — well up from the 35.5 average carmakers have to reach by the 2016 model year.

How will they do it? In large part by doubling down on technologies such as smaller engines with turbocharging and direct fuel injection. Thriftier gas engines will also be joined by more of their diesel cousins, which run more efficiently but historically had trouble meeting clean-air standards. But today’s diesels are cleaning up their act, and will certainly become more common on American roads. Volkswagen, BMW and Mercedes-Benz all plan to offer more diesel models over the next few years.

And whether diesel or gas, look for engines mated to transmissions with more gears for more efficient operation. Six-speed automatics are fast becoming the norm, and eight-speed units are on the scene.

Of course, internal combustion technology can only stretch mileage so far before cars will need an assist from electric motors. Hitting the EPA’s economy rules will likely require widespread hybridization, not to mention a growing fleet of pure electric cars.

Lighter cars are one way automakers can meet higher mileage standards. So instead of high-strength steel and aluminum, carmakers are looking at carbon fiber, the strong, durable and ultralight material found in tennis rackets, bicycles, even airplanes.

Carbon fiber has historically been too pricey to mass-produce, and its use in cars has been limited to a few pieces in the priciest of six-figure sports cars.

But BMW and German specialty firm SGL Group figure they can cut costs enough with an assembly line for turning out carbon fiber sheets, woven like textiles and then covered in plastic resin. Look for BMW’s forthcoming line of electric cars to feature those carbon fiber pieces when they hit roads in 2013. Further out, BMW and other automakers hope to use carbon fiber in their more conventional models, which could see a 7% improvement in fuel economy while maintaining the driving performance and the solid, plush interior that affluent customers have come to expect.

Nine Technologies that Will Change Your Future

Auto Safety Gets a Makeover