When Michael Lowe turned 50 this year, he bought a new Subaru Forester that he expects to drive for the next decade. As a result, he thought ahead to how his mobility might change and realized bending over was proving to be more of a challenge.

“Carrying grocery bags from the car to the house has become a little more difficult the last few years, mainly due to the bending over and reaching down in the trunk,” says Lowe, who lives in Phoenix. “My new car has a raised trunk and seats so I don’t stoop to pick up any goods or groceries anymore. It’s helpful now but will be vital in a few years.”

Choosing the right car is never easy, but older buyers have the added problem of trying to anticipate how changes in lifestyle and health might affect the kind of vehicle they will need over time. Traditionally, August is when car buyers can expect bargains from dealers clearing out old inventory to make room for next year’s models, but this year, the pandemic and recession have upended things. Some dealers still have unsold 2019 models, even as they’re trying to unload 2020 vehicles to make room for 2021 models.

“The ’19s are going to be anvils sitting around on the dealer lots,” says Karl Brauer, executive publisher for Autotrader and Kelley Blue Book, in Irvine, Calif.

For newer models, the deals will be hard to find as dealers hold the line on price. With sinking demand and shuttered factories during the spring, May inventory fell to the lowest point in 18 months, leaving fewer new cars on dealers’ lots.

If you’re in your 50s or 60s, your next car may see you through some big changes, from full-time work to retirement or from athleticism to arthritis. So think about how your use of the car might evolve over the life of your ownership. Along with features like passenger capacity, fuel economy, comfort and storage space, consider the ease with which you can park and get in and out of the car.

Are you a new or expectant grandparent who plans to install a child’s car seat? Do you have older relatives or friends who need more leg room? Will you be driving long distances? Do you have back, hip or other health issues that could affect your use and comfort in the car now and in the future?

“If something is somewhat of an issue, it could get worse as time goes on,” says Jessica Caldwell, executive director of insights at Edmunds, a car-shopping resource, based in Santa Monica, Calif.

When Caldwell’s mother bought a car, she prioritized cargo space for a walker and a trailer hitch for attaching her electric scooter. “My mother is only 63. These mobility issues came on fast and furious,” Caldwell says. Her mother got the trailer hitch and something more important: a car with a door that opens wide, making it easier to get into the vehicle.

Test drive whenever possible to gauge comfort and ease of use. “Seat comfort is hugely important, more so than ever once you get to a certain stage in your life,” Brauer says. “You want to be able to drive without worrying about lack of support.” The Goldilocks car seat is one that’s not too squishy and unsupportive, but not so snug that it’s difficult to slide in and out. “You want to be able to drive a long distance without specific components or aspects of the seat impinging on your comfort,” Brauer says.

The same goes for choosing between a sedan and an SUV. Depending on your height and the ingress of the vehicle, some sedans may seem too short and some SUVs will be too tall.

Pay attention to the interior control panels and labels. The larger, clearer and more legible they are, the better. “Some cars have more complex and busy control interfaces versus simple straightforward knobs, big buttons and displays that are easier to figure out and read,” Brauer says.

As you age, your range of motion can become more limited. Some vehicle features, like a backup camera or blind spot detection, can compensate so that you don’t need to turn your upper body to look for obstacles.

Backup cameras also improve safety, which older drivers often take more seriously. Lowe, for example, wanted a car with adaptive cruise control that would keep the car at a safe distance from other vehicles on the highway despite changing traffic speed.

“I’ve noticed my reactions slowing a little over the last few years,” he says. “This gives me peace of mind of reacting too late to a decelerating car.”

Before John Zimmerman turned 60, he shopped for cars based on style. Now that the retired county government official is 64, safety matters more, especially with all the driving he’s doing. Between helping with his brother’s furniture business and assisting his elderly parents, Zimmerman drives twice as many miles now than he did before he retired. And sometimes he carries precious cargo—his grandkids, ages 1 and 3.

“It has all the nice features that an older driver would want,” says Zimmerman, who lives in New Brunswick, N.J. The rear cross-traffic alert is especially helpful when backing out of a parking space. “In a supermarket or mall, it’s hard to see cars zipping past you,” he says.

Of course, the newest computerized features can take some getting used to. Be sure you understand how they work on a prospective vehicle. “A little bit of awareness can reduce confusion,” Brauer says.

For example, lane-keeping assist forces a car to stay within its lane, unless you signal. Drivers who don’t understand this feature may think there’s something wrong with the car, because it feels like the steering wheel’s pulling out of your hands.

Not all safety features are high-tech. For Zimmerman, the height of his new CRV gives him a better view of the road compared with the Hyundai Sonata he previously owned.

“It was a nice four-door midsize car, but it was low to the ground and it was hard for my passengers to get in and out,” he says about his last vehicle. His in-laws who are in their 90s find the new SUV to be a more manageable height.

Zimmerman originally looked at the Toyota RAV-4, but the model had just been redesigned in 2019. “I’m always leery of buying a car the first model year they redesigned it because it seems like they have bugs they need to get out of it,” he says.

Getting a Good Deal

With the economy likely to continue struggling for some time, an older buyer in a position to make an offer should still negotiate.

“Older drivers often have better credit, so they’re apt to take advantage of 0% financing and leasing offers,” Caldwell says. But deals on financing are getting scarcer, though Caldwell remains optimistic. “The incentives have to stay because a lot of people are not in that place to buy,” she says.

Once you know what you want, cast a wide net to find the best deal, and if the features are similar, consider buying an older model, which dealers will be more eager to unload.

“If there’s a ’19 of exactly what you want, color and everything, you can negotiate hard,” says Brauer. Keep in mind that sedans may be more plentiful than pickup trucks and SUVs, which had lower inventories earlier this summer.

If the dealer with the best price is a long drive away, ask if the car can be delivered to you. Many dealers are offering free touchless delivery during the pandemic. 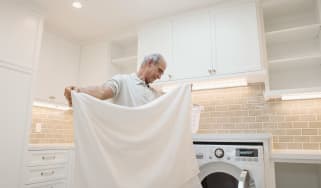 Retirement in any form can upend a couple’s relationship, but when both spouses used to work full-time and only one retires, that reconfiguration rais…
11 Year-End Moves to Lower Your 2020 Tax Bill