You may still pay a change fee for tickets in basic economy, though.

Now that major U.S. airlines have announced they are permanently waiving change fees for domestic flights, should you book a trip weeks or months from now, knowing that you can rebook without paying a $200 penalty?

Airfares have been enticingly low since the pandemic derailed travel back in March. The average domestic airfare ticket for departure between now and the end of 2020 was recently $160, which is down 36% compared with a year ago, says Hayley Berg, economist for Hopper, the flight-tracking app. Berg anticipates that fares will stay down for some time.

“The likelihood of the airlines reneging on this announcement in the next five years is low,” says Scott Keyes, founder of ScottsCheapFlights.com. But you may still pay a change fee for tickets in basic economy. And for the most part, change fees still apply for international flights. American is waiving change fees to and from Canada, Mexico and the Caribbean. United is waiving change fees to international destinations through December 31, and to Mexico and the Caribbean after that.

These important time management techniques will help destress your life as you get busier -- yes, busier -- in your golden years.
How to Fly Safely for Less This Fall 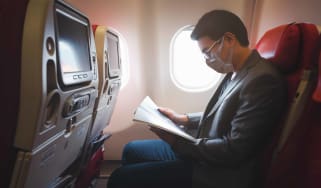 How to Fly Safely for Less This Fall

Scott Keyes, founder of Scott’s Cheap Flights, joins the Your Money's Worth podcast to discuss strategies for snagging discounted airfare in the comin…
5 Great Places to Buy a Vacation Home

With remote work on the rise, more people are looking for a permanent getaway.
Travel Is Cheap: Where to Go, What to Expect 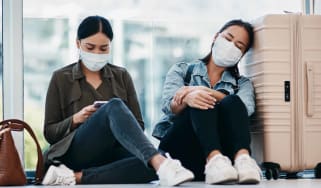 Travel Is Cheap: Where to Go, What to Expect