Is This a New Bull Market? Or the Same Old Bear?

The rally since March has been historic, but it still needs to prove itself.

Stocks have rallied so sharply in the past few months that it prompts a question: Are we in a new bull market? With the S&P 500 index up 36% since its March 23 low through mid June, the answer seems an obvious yes. And yet, plenty of veteran Wall Streeters say the bull isn’t official yet, and we’ve seen some cracks in the rally.

Conventional wisdom says stocks are in a bull market once they’re up at least 20% from the market’s low. (A bear market is typically thought of as a 20% drop from the high.) But given that bear markets are often punctuated by powerful rallies that ultimately fade, it’s important to add a time element to a bull-market assessment. Sam Stovall, the chief investment strategist at investment research firm CFRA, defines a bull market as a gain of at least 20% plus a span of six months without the market undercutting its prior low.

Official or not, however, Stovall is a bull. CFRA’s 12-month target for the S&P 500 is 3435, 13% higher than its June 12 close. “I think the March 23 low will eventually be regarded as the start of the new bull market,” says Stovall. “The reason for my optimism is the massive amount of stimulus” injected into the market and the economy by the Federal Reserve and Congress. CFRA is most bullish on the communication services, health care and information technology sectors.

Doug Ramsey, chief investment officer and portfolio manager at the Leuthold Group, remains dubious. “The current rally is either the first up-leg of a new bull market or the second-largest bear-market rally in the past 125 years,” he says. On the one hand, you’ve got unprecedented monetary and fiscal stimulus. On the other hand, says Ramsey, price-earnings multiples at the market’s March low remained much higher than in other post-WWII market troughs, making it the priciest bear-market low in history—if it stands. “I still think there’s a chance we could break below those lows,” he says. “I’m trying to look at the glass as half-full, but how can we embark on a multiyear bull market when we’re at valuations that are so much higher than what they were at the same stage of the last bull market?”

A close above the 3386 level for the S&P 500, eclipsing its February high, would settle the question of bull-market status. But investors who wait for that will have missed out on a 50% gain. Conversely, “even if you’re very confident that a new bull market has begun, that doesn’t mean you can’t lose serious money from here,” Ramsey says. 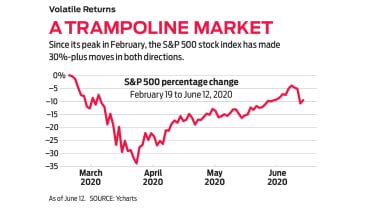 Stay in the game. The debate makes clear that trying to time your investments to coincide with market tops and bottoms is rarely the best strategy. Keeping your portfolio aligned with your age and stage in life, with more-frequent rebalancing in volatile markets, is a better way to reap more-consistent rewards.

It’s also important to remember that even young bulls need an occasional breather. It took only 50 trading days for the S&P 500 to climb nearly 40% from its March low—the biggest 50-day surge since the 1950s, eclipsing the lightning-fast start of the 1982 bull market. That’s a good sign, says senior market strategist Ryan Detrick at investment firm LPL Financial. He says stock prices could be higher this time next year. More immediately, the market looks a little frothy. “We have near-term worries given this historic run,” he says.

Don’t be surprised by more volatility—a hallmark of both the bull and bear aspects of this market. As Detrick reminds us: “There are no roller coasters that can replicate what stocks have done so far in 2020.”

Warren Buffett might be known as a legendary value investor, but don't ignore his growth holdings. Here, we examine 13 of "the Oracle's" best growth s…
20 Best Stocks to Buy for the New Bull Market

The U.S. is officially in a bull market, but economic weakness persists. The best stocks to buy now must have acutely positioned businesses and be abl…
10 First-Class Cloud Stocks to Buy 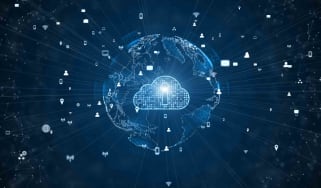 The cloud is evolving, and the industry's investments are too. Here are 10 high-growth cloud stocks to buy to leverage this technology in your favor.
12 Splendid Small-Cap Growth Stocks 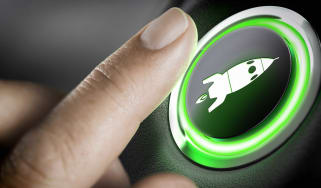 Small-cap growth stocks could be ready to turn the corner after a few years of being outshone by their larger brethren. These 12 picks stand to benefi…