Skip to headerSkip to main contentSkip to footer
tax deadline

When Are State Tax Returns Due in Massachusetts?

Massachusetts is one of several states in which your state income tax return can be filed after April 15. 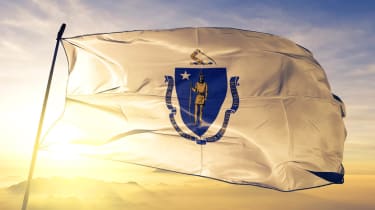 You probably already know that most Americans have to file their 2018 federal tax return by April 15, 2019 (as we told you earlier). For most states with an income tax (there are nine states with no income tax), the state return is also due on April 15 this year. However, some states give you more time to file — such as Massachusetts.

The deadline for filing Massachusetts Form 1 for the 2018 tax year is April 17, 2019. The Bay State celebrates Patriots' Day, which commemorates Revolutionary War battles, on April 15. In addition, Emancipation Day, which marks the end of slavery in Washington, D.C., falls on April 16. Because the IRS doesn't enforce filing deadlines on legal holidays (even state ones), federal tax returns from Massachusetts residents aren't due until April 17. Massachusetts is following along and allowing state returns to be filed by April 17 to coincide with the federal deadline.

Massachusetts taxpayers who can't file on time are automatically granted a six-month extension to file their state return as long as they pay at least 80% of the total tax due by April 17.

Beat the rush and avoid refund delays by renewing your ITIN before the end of the year if it's about to expire.
10 States With the Lowest Beer Taxes

If you want to get a brew that won't strain your wallet, consider pouring up in these 10 states.
10 States With the Lowest Gas Taxes