Is a Second Round of Stimulus Checks for $2,000 Each Month in Our Future?

Nancy Pelosi and other House Democrats are putting together the next stimulus package right now. They might include a proposal that has already been circulating in Congress to provide a second round of monthly stimulus checks. 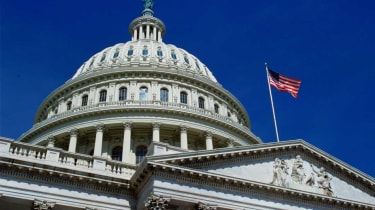 (NOTE: The proposal from Reps. Khanna and Ryan described in this article was not included in the HEROES Act, which the House of Representatives passed on May 15, 2020. Instead, a more modest plan for a second round of single payments is included in the bill. For more on the HEROES Act plan, see How a Second Stimulus Check Could Differ from Your First One.)

There are a lot of lawmakers on Capitol Hill who don't think a one-time $1,200 stimulus check will be enough to pull the U.S. economy out of a recession. That's why there's a lot of talk about a second round of stimulus checks. Some of the talk centers around a bill that has already been introduced in Congress by Rep. Ro Khanna (D-CA) and Rep. Tim Ryan (D-OH). Their bill goes quite a bit further than the original stimulus check provisions in the CARES Act. If enacted, it would give every qualifying American over the age of 16 a stimulus payment of up to $2,000 each month for up to a year (plus $500 for up to three children).

If the Emergency Money for the People Act became law, the $2,000 monthly payments would be guaranteed for at least six months. They would then be renewed for another six months, unless the employment-to-population ratio for people ages 16 and older returns to the pre-coronavirus employment level of 60%. These payments would not count as income, so they would not affect your eligibility for any income-based federal or state government assistance programs.

Unlike the CARES Act, which authorized the round of stimulus checks being sent out now, the new bill would provide payments to college students and adults with disabilities even if they are claimed as a dependent on someone else's tax return. For people who don't have a bank account or a home address to receive a check, the new bill would also allow people to get paid by direct deposit, check, pre-paid debit card, or even mobile money platforms such as Venmo, Zelle, or PayPal.

Eligibility for the $2,000 Payments

The citizenship or residency requirement would be satisfied if a person is physically present in the U.S. continuously since January 27, 2020, and stays in the U.S. throughout the payment period. (A person would fail to maintain a continuous presence in the U.S. if he or she left the country for any period exceeding 90 days or for any periods, in the aggregate, exceeding 180 days.)

Democrats in the House of Representatives are putting together another stimulus package as we speak. There's talk of a second round of stimulus payments—possibly picking up the $2,000-per-month plan proposed by Reps. Khanna and Ryan. However, even if the proposal is included in the next stimulus package, it would still have an uphill battle to passage. It appears as if Senate Republicans want to proceed more slowly on additional stimulus measures going forward. Stayed tuned!

Don’t pay more than you have to. It all starts with a thorough understanding of the basics of how retirement income is taxed.
How a Second Stimulus Check Could Differ from Your First One

The HEROES Act, which was passed by the House in May, would authorize a second round of stimulus checks. While the new payments would be similar to th…
Skip to ContentSkip to Footer