The new federal tax law allows families to use 529 college plans to pay tuition for kindergarten through high school. But doing so before state laws are revised to reflect the new rules could trigger a tax and a penalty. 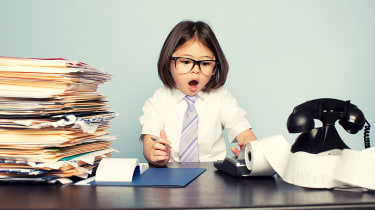 Question: What are the new rules for using money in a 529 college-savings plan for kindergarten through 12th-grade expenses, rather than just college?

Answer: The new tax law expanded the definition of eligible expenses for 529s. You can now withdraw up to $10,000 from a 529 each year tax-free to pay tuition for kindergarten through 12th grade. You can still use 529 money tax-free for college expenses, too, with no annual limit. Eligible college expenses include tuition and fees, room and board (even an off-campus apartment for a student who goes to school at least half-time), books and a computer. For more information about eligible expenses, see the “Qualified Tuition Program” section of IRS Publication 970, Tax Benefits for Education.

The new tax law left some unknowns. Some states need to change their laws to coordinate with the new federal law. Otherwise, they could end up charging state income taxes and a 10% penalty for withdrawals that aren’t used for college, says Susie Bauer, senior vice president and 529 manager at Baird Private Wealth Management. Also, if you received a tax deduction for your contribution, you may have to repay it if you use the money for non-qualified expenses and your state doesn't change its rules. Contact your plan before taking money out of the 529 for K-12 tuition to make sure the withdrawal is a qualified expense in your state. If your state’s rules aren’t clear yet, you may want to wait a few months before taking a precollege withdrawal. More states should be clarifying their laws in the next few months.

You may also want to adjust your investments. “If you’re going to take advantage of the K-12 tuition change, you need to take into account your time horizon,” says Roger Young, a senior financial planner at T. Rowe Price. Depending on your child’s age, you may be taking those withdrawals much earlier than you had originally intended, particularly if you invested in an age-based fund whose mix of stocks and bonds are tied to the year your child will start college. In that case, you may want to shift some money you plan to withdraw for K-12 expenses in the next few years to more conservative investments, so you won’t have to worry about market volatility when the tuition bill is due. And because you can change your 529 investments only twice per year, consider keeping the current money invested where it is but adding new contributions to conservative investments for short-term expenses, says Young.

Even though you can now use some money from your 529 for K-12 tuition, think carefully before taking that withdrawal. “With the shorter time horizon, you’re probably going to be more conservative and will probably have less gain potential,” says Young. “For people who aren’t in a high tax bracket, you have to ask: ‘Does this really make sense to me?’ ” The longer you keep the money growing in the account, the more time you’ll have to benefit from the tax-free gains for eligible expenses.