Skip to headerSkip to main contentSkip to footer
Spending

When it comes to dating and money, is there really a right or wrong way to do things? It depends who you ask.

With Valentine's Day fast approaching, you may be hunting for the perfect gift for a new sweetheart—or trying to make a great first impression. How you handle money throughout relationship "firsts" is crucial to how your date perceives you. We've posed three burning questions about dating and money etiquette to three groups: twenty- and thirty-somethings, etiquette and dating experts, and, well, ourselves. The various responses are neither objectively right or wrong—but they can help you tailor your own strategy for dating and money success.

WHO PAYS ON THE FIRST DATE?

You say: Two of you referenced How I Met Your Mother character Ted's theory that when the bill arrives at the end of dinner on a first date, the lady should do the "check dance"—that is, she reaches for the check so that the man can wave her off and cover the bill. And most of you agreed with the sentiment that the gentleman should ultimately pick up the tab. "As much as I feel strongly about equality, I still like when a guy pays," says Kayla Klein, 23. "When the guy actually accepts the offer for me to split it with him, I have this sense of disappointment. But the reach is key."

Still, several respondents think that it's fair for the person who asks for the date to cover the bill. "As a guy, I lean toward paying, but I think the right answer is whoever asked to take the other person out," says Tom Wittwer, 28. "That's what it means to take someone out for dinner!"

Experts say: Indeed, "Whoever did the asking, does the paying," says Anna Post, author of Emily Post's Etiquette. But etiquette experts agree that lingering in the background is the expectation that the man pays. "Normally, the guy pays for the first date, and we agree with that," says Arthur Malov, a senior dating coach at New York Dating Coach. "But that doesn't mean it should be an expensive date." 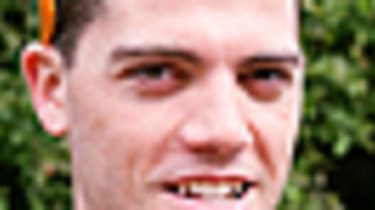 Kiplinger's John Miley says: We could dig deep into the social and gender issues pervading the dating landscape, but after all the thinking, it seems best and simplest for the guy to pay for a first date. After all, a trip for coffee or ice cream will only cost about $10. On future dates, the other person should chip in for a round of drinks, or the couple can start alternating. 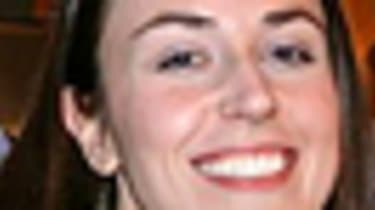 Kiplinger's Lisa Gerstner says: I'm prepared to pay if the date was my idea, although I'd like for the guy to offer to split the check. Gentlemen, if you ask out a lady, cover the first bill. It sends a signal that you view the occasion as a date, in case that's not clear.

IS USING A COUPON (SUCH AS A GROUPON) A TURN-OFF ON A FIRST DATE?

You say: "Money is tight for professionals my age," says Ed Gaier, 25. "Why should I be turned off by resourcefulness?" Many of you are open to a deal-savvy date. If you decide to use a coupon, Marianne Montalvo, 31, suggests doing it "with some self-effacement and self-confidence. If the guy acts like he's uncomfortable about it, it will be uncomfortable."

For others, the potential to make a bad impression is an overriding concern. "I don't think there's anything wrong with going to a free event, particularly if it's a shared interest," says Al Sahlstrom, 27. "I just think that using coupons or gift cards looks cheap on a first date."

A few of you offered a compromise: Use a coupon on the sly. Alyse Kraus, 27, a former restaurant server, suggests slipping the coupon to the restaurant’s manager before dinner. The server can apply it before it’s time for the bill and hand the check to you so that your date never sees it.

Experts say: No surprise here. If you whip out a deal from Groupon or Scoutmob, you’re likely to be labeled tacky. "I really don’t think it’s a good idea," says Judy Kuriansky, a clinical psychologist and author of The Complete Idiot's Guide to Dating. If the coupon is too good to pass up, be suave. "Be upfront," says Post. "Say, 'Hey, I have this cool Groupon.'" In fact, one out of five people have used a coupon on a date, according to a CouponCabin survey. Three-fourths of the respondents said they would go on a second date if a coupon was used on the first.

John says: Leave the coupons at home or hidden on your smart phone. You’re not trying to get a deal, you’re trying to meet a person.

Lisa says: I'm all for dates at a discount once a relationship is firm—a mutual appreciation for bargains sounds like true love to me. But the stress of wondering whether I'll look cheap on a first date if I pull out a Groupon at the end of dinner is not worth the savings.

HOW DO YOU HANDLE GIFT-GIVING EARLY IN A RELATIONSHIP?

You say: Most of you agree that inexpensive, thoughtful gifts for birthdays and holidays are best in the first few months of a relationship, and some suggest spending about $20 to $30 or less. "Big gifts are weird and raise lots of red flags," says Kelley Allen, 26.

Blair Early, 26, says that "mix CDs or mementos from prior experiences together don't break the bank and get your message across."

The date itself, on Valentine's Day or your date's birthday, can be the gift—a way to show someone you care without going overboard on price. And a few of you took a cautious stance: "Don’t buy anything you'd regret giving if you were to split," says Chris Martino, 25.

Experts say: Last year, people age 25 to 34 plunked down an average of $190 on Valentine's Day, according to the National Retail Federation. That's more than three times as much as people over age 65. But early on, less is more. Joy Browne, a clinical psychologist and author of Dating for Dummies, argues especially against gift-giving on first dates, even if it's Valentine's Day. "You don't want to appear to be bribing your date on the first date," Browne writes. For new dating experiences, think small and personal, says Post. When she was first dating her boyfriend, Post says, she bought him a single-person French press because he had been saying he really wanted one.

John says: Try basing the gift on your own interests instead of the other person's. Say you’re a photographer. Why not use your knowledge to buy your date a great photography book? You introduce a part of yourself while buying an awesome gift. Admittedly, you risk buying something that the other person might not like. But buying based on the other's interests can be hard. As a runner, I probably already have any gear that someone would buy for me.

Lisa says: When I was in college, I bought several inexpensive items to give my date for Valentine’s Day. I attached a note to each gift that explained how it related to something I liked about him or our relationship—for example, a pen because I thought he was a good writer. It was a hit, and I spent less than $30.

These important time management techniques will help destress your life as you get busier -- yes, busier -- in your golden years.
The Ultimate Guide to Amazon Prime Day 2020: When It Starts, the Best and Worst Deals, Competing Events, More