When a Restaurant Meal Goes Wrong, What Are Your Legal Rights?

If a misleading menu description leaves a bad taste in your mouth, you might hope that the restaurant would help you out with a new dish or your money back. But you just may be out of luck. 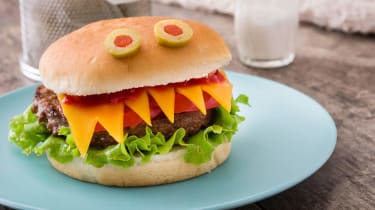 What are your rights — and what should you do — when a restaurant’s description of a certain dish leaves out important information, or when what they bring to your table in no way comes close to what most people expect?

While visiting San Francisco, a reader of my blog named Randy and his wife stopped for lunch at an “organic restaurant that had a number of raw food items on the menu in addition to steaks, fish and chips, etc.”

“Their T-Steak Burger was described as a meat-lover’s favorite with both organic beef and Swiss cheese, but no explanation for the ‘T’ was supplied. When ordering I failed to ask what the ‘T’ stood for,” Randy explained in an email.

That was his first mistake.

“After bringing our orders to the table, the waiter offered me a bib, stating, ‘Your burger is very juicy.’ He also recommended using a fork and knife, but I declined both.”

That was his second mistake.

“My first — and last — bite squirted raw beef, egg yolk and who knows what else all over me! The ‘T’ stood for tartare! It was steak tartare, raw hamburger meat! I ran to the men’s room to spit it out.”

Asking why the menu didn’t reveal that fact, and, if he could please order something else, he was told by the server, “Darling, everyone knows what the letter ‘T’ and ‘Steak’ mean, and, you can order something else but still have to pay for the T-Burger.”

“We paid with a credit card. Could I successfully dispute that part of the bill?” our reader asked.

Years ago, something similar happened to my wife and me — in a San Francisco restaurant — when I ordered “Vegetable Soup,” picturing nice chunks of carrots, celery, peas and a few other things in a light broth.

When it arrived at our table, the stuff looked just like dark-green applesauce! I politely said, “What is this? I ordered vegetable soup.”

The waiter put his hands on his hips, cocked his head back and replied, “It’s pureed.”

This stuff would pass for Gerber’s baby food and I tried to eat it, but it was awful. My wife was enjoying her chicken dish, trying not to laugh too loudly. (When we go out, if something goes wrong, it always happens to me.)

After attempting to eat this hideous pureed green goo, I asked the waiter if he would bring me something fit for human consumption. “Well, if you insist, we will, but I have to charge you for the soup,” he replied.

Of course, there are legal implications to this craziness. The menu should have stated, “Pureed Vegetable Soup,” so leaving the customer in the dark is misleading. Unless it was eaten, charging for the green slop would be improper.

A law professor gives his opinion

“Looking at this from strictly a contract law perspective,” Loyola Law School (Los Angeles) Contracts Professor Bryan Hull commented, “If the only descriptions on the menu were ‘T-Steak Burger’ and ‘Vegetable Soup,’ there would be an issue as to what a reasonable consumer would expect: To me, chunks of vegetables and cooked meat — certainly not raw — unless stated in the menu.

“In cases like this, sellers of food and beverage have been sued for breach of warranty and false advertising. If the soup were consumed, then of course the diner would have to pay for it. Most restaurants would just take it back and not charge if the customer tasted it and then said he didn't like it.

“Unless the bill is over $50, credit cardholders do not have a statutory right to contest the charge. However, a card issuer might have a policy allowing the bill to be disputed, and so a phone call to find out would be appropriate.

“At the end of the day, probably the easiest and most tempting thing to do would be to write a bad Yelp review of the establishment. That said, there is always a risk of being sued by the restaurant for defamation. While truth is a defense, there are some battles which are best to avoid,” Hull cautions, and we agree.

Don’t get mad — get even

Getting back to my problematic soup, once I was informed they would not take the charge off our bill, I got an idea and went to the bank next door, obtaining $4 worth of pennies. Upon returning, I asked for the check. Our tip was left in the form of pennies in a nice big circle on the table.

When the waiter returned, he asked, “What’s this?”

Ideally, living at home should provide a way to improve your financial well-being and lay the groundwork for future success.
17 People You Should Tip for the Holidays