You don’t need nostaglia to prompt a good look at your own finances and prepare for the new year. 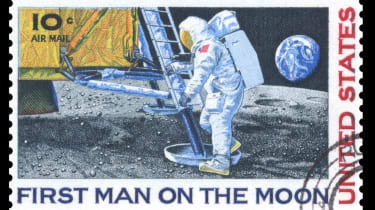 In many ways, 2019 was the year of … 1969. We observed a number of significant semicentennials—the Apollo 11 moon landing, Woodstock and, near and dear to my heart, the release of Abbey Road, the Beatles’ last recording. (I’ve been listening to the recently released demo tracks that come with the super-deluxe boxed set.)

The year 1969 also ushered in a brief recession. Spending on the Johnson administration’s Great Society, plus financing the war in Vietnam, had pushed the deficit higher. The Federal Reserve was increasing the money supply, and inflation was accelerating. Efforts to close the government’s budget deficits by, among other things, raising interest rates created an economic contraction. A couple of years later, President Nixon imposed the popular but now widely decried wage and price controls—some say to help secure his reelection in 1972. It was a hot mess.

As in 1969, the U.S. now has a ballooning federal budget deficit ex­acerbated by the latest tax law, but we are thankfully free of many of the other economic pressures we faced 50 years ago, and the free market remains essentially free (if you overlook a few tariffs).

The consensus of economists—and our Kiplinger Letter—is that a recession is still a ways off, giving legs to the longest U.S. economic expansion in history. And speaking of record-breaking runs, investing pundits tell us that this bull market may limp along for a while longer—as long as U.S. firms continue to post higher earnings and continue to produce more jobs, and the Fed stays flexible on interest rates.

Taxes and a volatile market. Even so, it’s smart to take a look at your own finances for ways to improve your bottom line and prepare for the new year. That’s the theme of our cover story, 27 Money Moves to Make Now to Prepare for 2020.

I’m still feeling the pain of the new tax law on my family’s budget, and I took steps this year to increase our withholding. Most of you still have several pay periods left in 2019 to boost tax withholding (the cover story explains how to do it, with a link to a tax estimator tool). Another smart move, after Standard & Poor’s 500-stock index’s 20% climb in 2019 (as of mid October), is to cash in some winners. In a taxable account, you can offset the capital gains taxes by selling losing investments.

The market’s run-up may have knocked your portfolio’s balance out of whack. The solution is rebalancing. I am primarily a set-it-and-forget-it investor, and I admit my own rebalancing efforts are a bit seat-of-the-pants. When I sense that I’m too heavily invested in, say, large-company growth or small-company stocks, I take some of those investments off the table.

But a lot of investors follow a more rigorous plan. My father-in-law, for example, aims for a 50-50 split between stocks and fixed income. (He’s more aggressive than most investors over age 80.) He rebalances in February, May and November, and he attributes the considerable appreciation in his portfolio in the past decade partly to that discipline.

As we also point out in our cover story, it’s a good idea to schedule a family conversation about assets and intentions. (My in-laws have begun to share financial information with my wife and me, and I have handled my mother’s finances for years.) The actual discussion is better to have sometime in the new year rather than over holiday turkey and dressing. The point isn’t to have a “you never give me your money” talk, but to make a commitment to come together and have some hard but fruitful conversations.

Take advantage of technology to make building your savings and investing it a seamless – and pain-free – process.
Dear Mom and Dad: Thanks