The Right Way to Help Your Adult Children

To help your millennial move on (and out of your home), set limits, be generous with advice but selective with financial assistance. 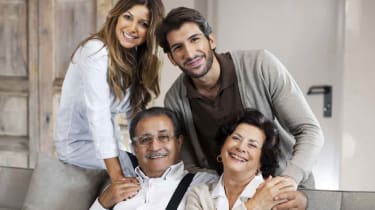 I recently participated in an NPR-sponsored event in Lexington, Ky., called “Family Matters: Your Financial Lifetime,” as a member of a panel charged with offering financial advice to a live audience. The first person up to the microphone described her problem, an all-too-common situation. Her 24-year-old son was still at home, and she hadn’t been able to dislodge him. He’d dabbled in school but hadn’t finished a program. He’d dabbled at jobs but hadn’t found the “right” one. In short, he was entirely content to stay exactly where he was.

“You need to motivate him,” said one panel member. “I’ve tried,” the woman replied. “Try harder,” I chimed in.

A few days later, I was recounting this story to a friend I’ll call Julie, who proceeded to tell me about her own adult son. He had drawn up a detailed budget with the goal of saving to buy a house. So far, so good -- except that he then told his parents how much he wanted them to send him every month to build his savings.

My friend was nonplussed -- and upset. She said that she and her husband had never been on the same page about handling money with their kids, and he had always been more willing to buy them “the best of everything.” So now her son had no qualms about asking for more. It’s not surprising that parents are willing to help their adult kids. In a 2013 study by the Pew Research Center, 29% of parents reported that an adult child had moved back home in the preceding few years, and 48% said they had provided financial support to an adult child in the previous year. Among readers of magazine, 41% said they had helped their kids financially (see 6 Rules for Your Boomerang Kids).

The trick, of course, is to extend a helping hand without discouraging your child’s motivation to move on. I suggest the following guidelines:

Set limits. In the case of the mom in Lexington, she hadn’t established limits for her son’s stay at home, so he was content to drift along. She needs to shake things up by imposing a deadline: He has six months (or even less) to find a job, any job, and get out of the house. As one recent college grad told me the other day, “You can’t recognize the good jobs until you’ve had the bad ones.” And while he’s at home, he should at least pitch in to do chores, run errands and prepare occasional meals.

Be selective about offering financial help. In the second case, my friend Julie hit the nail on the head when she admitted she and her husband had been too generous. It’s okay to cover some of your child’s expenses (at least temporarily), but you shouldn’t pay for all of them. You might, for example, cover your kid’s cell-phone bill or health insurance until he’s on his own. But don’t co-sign for a credit card -- or let him use yours.

And don’t do anything that jeopardizes your financial security by dipping into your retirement savings. In a survey by Ameriprise Financial, 23% of respondents cited “supporting grown children or grandchildren” as a retirement derailer -- a life event that disrupted their plans for retirement. Make gifts infrequent and unexpected, and your kids will appreciate them instead of taking them for granted.

Be generous with advice. Chances are, your kids will come to you to ask about their finances -- everything from how to repay their student loans to how to save for retirement and set up an investment plan. Be flattered by their faith in you. And if their questions have you stumped, we’re here to help (see Money Advice for Millennials).

Circumstances beyond its control have forced Amazon to move its annual Christmas-in-July Amazon Prime Day blowout sale in 2020 to ... later. Prime Da…
A Step-by-Step Guide to Being an Estate Executor

Despite the tensions brought on by the pandemic, a number of couples are waiting right now, with good reason.