Some states are providing a savings option for workers without an employer-sponsored plan. 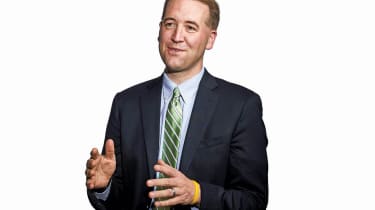 Tobias Read is the state treasurer of Oregon.

Oregon is one of six states that require employers that don’t have a 401(k) or other retirement savings plan to offer a state-sponsored plan to their workers. How successful has OregonSaves been in encouraging more people to save for retirement? Our goal was to remove as many barriers and sources of intimidation as possible. And from that standpoint we feel we’re doing really well. As of mid June, we had close to 86,000 enrolled accounts. In a little less than two years, more than $20 million has been accumulated by these folks, and what’s especially impressive is that most of them had never saved before.

Several other states are con­sidering offering state-sponsored retirement plans. What advice do you have for them? We learned to work closely with business groups and advocates, and we’ve made it easier for employers by integrating our system with some of the biggest payroll providers, such as Paychex. We all want to make it as easy as possible for both employers and savers.

In recent testimony before the U.S. Senate Finance Committee, you suggested that another way to improve the retirement savings rate was to allow individuals as young as 16 to invest in an IRA. Why do you think this is a good idea? It’s very simple: compound interest. We should not, in my view, put up any barriers to someone getting started as soon as they’re working. I can recall working at a bike shop when I was in high school, and if I had been auto-enrolled at that time, it would have been a good thing. If young people are going to join the workforce, they shouldn’t be denied the opportunity to save. I was fortunate to get into the savings habit early with my first job out of college, but it sure would’ve been even better to have started at 16.

But how do you convince a 16-year-old to save for retirement instead of spending the money? Information and access are the keys. We have to develop financial tools that meet the needs and realities of those who are looking for advice. Financial technology tools and social media offer a number of opportunities that are just being grasped. I reject the notion that “the younger generation” isn’t financially savvy. They face a number of headwinds, including rising student debt.

Don’t try to navigate your investment choices based on election uncertainty. And don’t wait to find out who wins in November to make financial decisio…
Skip to ContentSkip to Footer