Resist the Urge to Cash Out

When your goal is 20 years away, stand your ground. 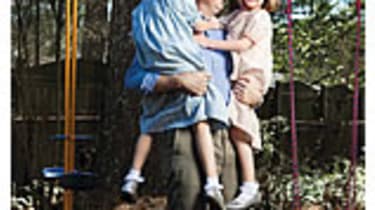 OUR READERWHO: Matt Nelson, 39WHERE: AtlantaQUESTION: Should he keep most of his retirement money in stocks, or move it to a money fund?

After suffering through the great bear market, Matt can't help but wonder if he's doing all he can to maximize his retirement savings.

The father of 5-year-old twin daughters, Hadley and Sutton, Matt has several retirement accounts, including a 401(k), a rollover IRA and a Roth IRA. He and his wife, Jenny, have saved close to $200,000. But Matt, director of financial planning and analysis at Cox Enterprises, a giant national cable company, worries that he won't have enough to exit the workforce when he wants -- at age 60.

"The direction of the market is troubling," he says. "For months, I watched my nest egg shrink every day." In March and early April, he and other investors finally caught a few breaks.

Like many people, Matt is still worried about keeping most of his retirement stake in stocks. So, while he continues to contribute new money to stock funds in his 401(k), he's considering moving to cash the $200,000 he and Jenny have already saved -- in essence, starting a new stock-fund allocation from zero.

Matt doesn't see this as trying to time the market -- although it is. "If I miss a bounce, I'll be kicking myself," he says. Fortunately, he didn't miss the March-April rebound. If he had, he'd have missed out on perhaps $30,000 in gains -- serious money.

That's why Matt should keep his investments in place. It's natural to second-guess yourself after Standard & Poor's 500-stock index loses 57%, as it did from peak to trough. But it's unwise to redo your portfolio in a knee-jerk fashion. "It has been a tough period, but this happens every 15 to 20 years," says Don Humphreys, president of Voyager Wealth Management, in Harrington Park, N.J. "This is the worst time to be selling because we're at the bottom."

It's nearly impossible to guess market swings in the short run. If Matt were to give up, there's no guarantee he'd be better off in bonds or real estate. In fact, history shows that stocks outperform bonds over time. Even with the huge drop from October 2007 through March 2009, T. Rowe Price calculates that over rolling 20-year periods since 1926, stocks have returned 11% annually, on average. Money-market funds? Just 4%.

Matt also has time to recoup his losses. Price advises that investors close to age 40 should have 90% to 100% of their retirement kitty in stocks. Cautious advisers would say 75%. Almost none would suggest that Matt zero out his stock allocation. To gauge his plan, Matt can use the retirement calculator at Kiplinger.com.

Stuart Ritter, a financial planner at T. Rowe Price, likens Matt's desire for drastic action to that of a soccer goalie who jumps to one side of the goal to block a penalty kick. Research shows that although goalies jump 94% of the time, they'd be better off sticking to the middle. The trouble is, a "bias for action" takes over.

It's the same with investing. Unfortunately, "we don't know what the future holds," says Ritter. "To be sure of your investments, do the same thing you should do in soccer: Stay focused on your position."