What Retirees Need to Know About RMDs

Most people think about required minimum distributions from retirement accounts at the end of the year, before the December 31 deadline. But readers have been sending a lot of questions recently about midyear RMD issues. Here are some key things to consider at this time of year, as well as moves that can help you prepare for the future.

I turned 70½ last year and have to take my first RMD by April 1. Does that mean I have to take another RMD by the end of this year, too? Yes, you will have to take your first RMD by April 1 as well as the required distribution for age 71 by December 31. Having to take two RMDs in the same year could bump some of your money into the next tax bracket or increase your adjusted gross income above the threshold for having to pay the high-income surcharge for Medicare Part B and Part D (the surcharge kicks in if you’re single and your AGI is more than $85,000 or married filing jointly with AGI of more than $170,000). The spike in income from taking two RMDs could also increase taxes on your Social Security benefits.

People who are turning 70½ this year and deciding whether to delay their first RMD until April 1, 2016, should do their homework first. Check your tax bracket, and consider the income thresholds for the Medicare surcharge and taxes on Social Security benefits to see whether waiting would be a costly move. (You don’t have to take RMDs from your current employer’s retirement plan, such as a 401(k), until the year after you stop working, but you will have to take IRA withdrawals whether or not you are working.)

Is it better to take RMDs early in the year or later in the year? Because your RMDs are based on the balances in your retirement accounts as of December 31 of the previous year, you’ll have to take the same amount of money no matter when you make the withdrawal. The best choice depends on your circumstances, says Levine. If you take the withdrawal early, you won’t have to worry about remembering to withdraw the money by December 31 and risk getting hit with a 50% penalty if you miss the deadline. Also, because you must take your RMD before you can convert money from a traditional IRA to a Roth, Levine recommends taking your RMD early if you want to make a conversion sometime during the year.

But the longer you wait to take your RMD, the longer taxes are deferred on the money in the account, which could give you a little extra growth. You may also want to wait until later in the year if you plan to give your RMD to charity, says Levine. Over the past several years, people age 70½ and older have been able to make a tax-free transfer of up to $100,000 from their IRA to charity, which counts as their RMD without boosting adjusted gross income. Congress typically passes this law at the end of the year, and it hasn’t approved it for 2015 yet. If you’re interested in making this tax-free transfer to charity, wait until later in the year to see if Congress takes action before you decide when to pull the trigger on the RMD.

Can I withdraw the required distribution from either my IRAs or my 401(k)s? No. You can take the RMD for your IRAs from any or all of your traditional IRA accounts, but you can’t mix and match required distributions for IRAs with required distributions for 401(k)s or other types of retirement accounts, says Levine. To calculate the required withdrawal from your IRAs, add the balances in all of your traditional IRAs as of the end of the previous year and divide the total by your life expectancy. You can tap any of your traditional IRA accounts for the withdrawal. For 401(k)s, you must calculate the required amount from each 401(k) separately and tap that account for the withdrawal. (Remember, you don’t have to take RMDs from your current employer’s 401(k) while you’re still working.) For more information, see Calculating Your Required Minimum Distributions. 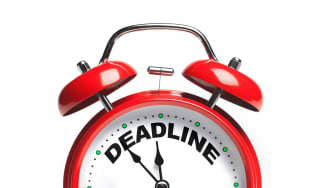 Retirees who took a required minimum distribution earlier this year need to act quickly if they want to avoid taxes on the money they withdrew.
Stay on Top of RMD Rule Changes for 2020

Between the SECURE Act and the CARES Act, the landscape has changed for RMDs this year. You don’t need to take one, for instance. And if you already h…
Retirees Get Another Break with Expansion of RMD Waiver