Ageism is "the last prejudice to bubble to the surface of our consciousness," says author/activist Ashton Applewhite. 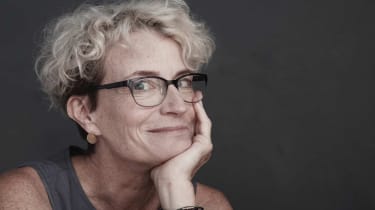 As many baby boomers age, they are leveraging their history of activism to change negative perceptions of aging, both in the workplace and in everyday life. Author and activist Ashton Applewhite is among the leaders, with her book, This Chair Rocks: A Manifesto Against Ageism (Celadon, $17), and website Old School that offer resources on fighting ageism. In this lightly edited conversation with Associate Editor Mary Kane, Applewhite notes that ageism begins with us and links the movement to other social justice efforts.

Ageism and ageist stereotypes have been around for a long time. What is behind the movement now to combat it? I was born in 1952, the dead center of the baby boom. Our generation has this unprecedented demographic clout. We are aging differently and in more healthy ways than our parents, and certainly our grandparents. We are refusing to be ushered offstage gracefully. We want to continue to be in the world, to have purpose and to contribute.

You’ve been critical of the idea of “successful aging.” Can you explain why? The whole dogma of successful aging is that aging well means working hard to continue to look and move like a younger version of yourself—in effect, to not age. Instead of continuing to grow and expand, there’s pressure to stop the clock. That’s denial. It’s expensive. We buy things we don’t need and can’t afford to try to look younger, like pricey skin care products. It sets us up to compete with each other. And it’s an impossible standard that sets us up to fail.

Where does age prejudice exist, and how common is it? Ageism is unique in that we all face it. It’s the last prejudice to bubble to the surface of our consciousness. But it is everywhere, including inside each of us. The first necessary step is to look at your own attitudes on ageism and aging, because we can’t challenge bias unless we’re aware of it, and these are new ideas to most of us. Older people are often the most ageist of all, because we’ve had a lifetime of absorbing negative messages about age and aging, that older people are incompetent or out of touch, for example. Unless you don’t stop to question these messages, they become part of your identity.

Can you define anti-ageism activism? What does it mean at the individual level? I think the best analogy is the women’s movement. Women came together and shared stories, and realized problems they were encountering, like getting harassed or not getting promoted, weren’t personal failures. If you can’t get hired or promoted because you have gray hair, the problem is not that you failed by allowing yourself to look your age. The problem is systemic discrimination against older people in the workplace, particularly older women. One of the reasons ageism in the workforce is underreported is because of internalized ageism. So look at your own attitudes toward age and ageism, start a consciousness group, learn about age and age bias, and find your tribe.

What do you mean when you say ageism divides generations? It’s human nature to roll our eyes at “kids today” or blame our parents’ generation for screwing everything up. It’s much easier to point fingers than to work together to make a better world.

What’s your personal outlook on aging? Aging confers perspective, confidence, authenticity. We care far less about what people think of us. Isn’t that welcome, especially for women? We are the sum of our experiences. Those experiences are hard won. They make us who we are. No one wants to wipe that slate clean. We just need to live in a society that values that. 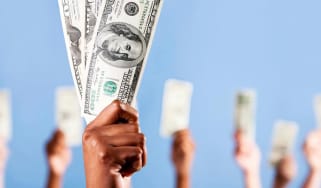 The competing candidates for president are polar opposites in terms of taxes, adding a new urgency to year-end tax planning. Just what are they propos…
The Best Fidelity Funds for 401(k) Retirement Savers

Vanguard funds account for a third of the 100 most popular 401(k) retirement products. We rank Vanguard's best actively managed funds, including its t…
Considering Early Retirement? 5 Things to Know