Thumbs Down on a Retiree Rule of Thumb

Retirees, don't shy away from stocks. New research shows boosting stock allocation during retirement could be a smart move. 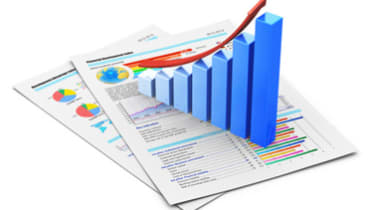 You've likely heard this advice many times: Start your retirement with 50% to 55% of your portfolio invested in stocks. Then gradually taper off over 30 years until 80% of your holdings are in safer bonds and cash. That's also a typical "glide path" of many target-date retirement funds.

But hold on to your hat: A new study by two well-regarded retirement researchers concludes that such an approach is the opposite of what most retirees should be doing. The researchers found that nest eggs last longer when investors begin their retirement with as little as 20% in stocks—and then slowly shift more money into equities during the next decades.

This is particularly true for investors who retire at the start of a stock-market downturn, the authors say. Typically, their stock portfolios become depleted in the early retirement years by poor returns, withdrawals and often panicked selloffs. "By the time good market returns arrive, they have no equities," says Michael Kitces, director of research with Pinnacle Advisory Group, in Columbia, Md. Kitces is co-author of the study with Wade Pfau, professor of retirement income at the American College, in Bryn Mawr, Pa.

Investors who begin retirement with relatively low allocations in stocks won't lose as much money if a bear market hits early. While prices are cheap, retirees can begin to dial up their stock holdings, perhaps by 1% a year. When the market rebounds, the retirees will have a good portion of their holdings in stocks—and their portfolios will recover. Despite the rising stock allocations, the researchers found, investors will likely end up with less average stock exposure over their lifetimes.

Investors who leave the workforce during a strong market should follow the same strategy, the authors say. "If the market does well in the first half of retirement and then turns bad, a rising glide path won't hurt your retirement," Pfau says. "You've won the game no matter what you do."

Employing this strategy worked with all combinations of stock and bond allocations, several market-return assumptions, and 4% and 5% annual withdrawal rates, according to the research. The authors tested the outcomes of different allocations using 10,000 possible economic scenarios.

Even in the worst scenarios, portfolios lasted longer when new retirees increased stock allocations. Assuming historic inflation-adjusted returns of 6.5% for stocks and 2.4% for bonds, investors could withdraw 4% a year for 30 years if they began with 30% in stocks and gradually increased the allocation to between 60% and 80%.

Nest eggs were depleted two years sooner when new retirees began with 60% in stocks and ended with 20% in equities. While that difference is not large, Pfau says, "retirees would appreciate those extra two years."

Although all portfolios with rising stock allocations performed better than those that didn't follow that pattern, many nest eggs did not last 30 years. Assuming inflation-adjusted returns of 3.8% for stocks and 1.5% for bonds, a portfolio had just a 74% chance of lasting 30 years if the investor started with 20% to 40% in stocks and ended with 60% to 80% in bonds.

In such a case, Kitces says, a retiree will need to withdraw less. "A rising glide path can only do so much in the face of dismal returns," he says.

The researchers suggest that investors who are heading toward retirement should gradually trim stocks until they're just 20% to 40% of the portfolio. At retirement, they should start building up equity holdings.

Of course, older investors may be uncomfortable with the idea of increasing stocks during retirement. But Pfau and Kitces say this strategy is actually a key part of the popular "bucket" withdrawal strategy.

Investors typically fill the first bucket with the safest investments, such as cash. The second bucket is invested in intermediate-term bonds. The third holds stocks. Investors are more likely to tolerate market volatility if they can live off the first two buckets for the first ten years or so.

Pfau and Kitces recommend that retirees keep the stock holdings intact until the middle to later years of retirement. That gives the stocks time to grow—and offers investors the full benefit of the rising equity glide path.

The stock market will take a pause on Thanksgiving, but investors will need to pay attention for a few hours on Black Friday.
Peering Past the Pandemic

I’m looking forward to a time when lunches with the girls (or guys), volunteering and travel will resume.
Build a Bond Ladder