The looming threat of rate cuts by the Federal Reserve is putting pressure on savings accounts and CDs. 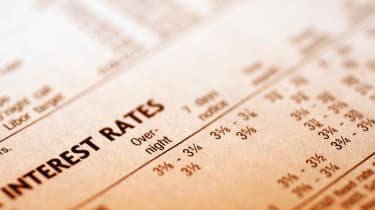 If you've shopped for recent yields on your cash lately, you may be feeling a bit of whiplash.

After climbing slowly but steadily for several years, yields on certificates of deposit have headed south in recent months as the market bets that the Federal Reserve will soon cut rates. As of mid July, traders put the odds of a late-July Fed cut at 100%, according to CME Group’s FedWatch Tool.

Unfortunately, interest rates are notoriously hard to predict. And that leaves retirement savers with a conundrum. People who believe rates are likely to fall could try to lock in an attractive longer-term yield now. That would leave them sitting pretty if substantial rate cuts materialize—or hurting badly if the prognosticators are wrong and rates head up again.

When it comes to betting on the direction of rates, “you don’t want to get too far out over your skis, given how quickly things have changed just in recent months,” says Greg McBride, chief financial analyst at Bankrate.com. Some of the economic uncertainty that has fueled the rate-cut speculation could resolve itself, he says, and “the pendulum could swing back the other way pretty easily.” A strong jobs report in early July, for example, caused many investors to temper their expectations for aggressive rate cuts.

But you don’t need to make a big bet on the direction of interest rates in order to snag a decent yield and get some protection from potential rate cuts. Here are some strategies for savers seeking the best deals in savings accounts and CDs.

Online savings accounts. So far, online savings accounts have been less affected by the rate-cutting trend than CDs. As of mid July, yields on these accounts top out at roughly 2.50%. Online savings rates will surely suffer a broader decline if the Fed cuts rates, but the most aggressive banks “might stay at the upper end of the range for many months or a year,” says Ken Tumin, editor of DepositAccounts.com.

If you’re going through the hassle of moving your money to an online bank to earn a higher yield, you may want some reassurance that the rate won’t fall immediately. Anumber of banks offer rate guarantees for an introductory period, typically three to six months and in rare cases a year or more, Tumin says. The rate guarantee provides “insulation from declines during that period of time,” McBride says, although “it offers no guarantees of what you’re going to earn at the other end.” With Northpointe Bank’s Ultimate Savings account, for example, you can earn 2.55% on balances between $25,000 and $1 million, and the rate is guaranteed for three months.

CDs. CD rates have already taken a substantial hit. After all, if rates fall, “banks don’t want to be locked into an above-market rate for the next few years,” McBride says.

Likewise, savers don’t want to be locked into longer-term CDs if rates head up again. One way to deal with the uncertainty: Consider a CD that has no penalty for early withdrawals. Many more banks have started offering these “no-penalty CDs” in recent years, Tumin says, and they allow savers to maintain access to their cash while locking in a decent rate, “which is handy now, with rates going down.” Goldman Sachs’s Marcus online bank, for example, offers a 13-month no-penalty CDwith a rate of 2.35%. The minimum deposit is $500.

An uncertain rate environment also bolsters the case for “add on” CDs. Unlike traditional CDs, which allow only an initial deposit, add-on CDs allow you to make additional deposits down the road—and “that can be a nice feature when rates are falling,” Tumin says. Rising Bank, for example, offers a 36-month add-on CD with a 2.67% annual percentage yield for minimum balances of $25,000. If rates climb during the term of the Rising CD, you can also switch to a higher rate. The early-withdrawal penalty is six months’ interest.

Circumstances beyond its control have forced Amazon to move its annual Christmas-in-July Amazon Prime Day blowout sale in 2020 to ... later. Is Oct. …
HSA Limits and Minimums