In case you didn't know, there is such a thing as a lifetime income club. Of course, it goes by another name: annuities. 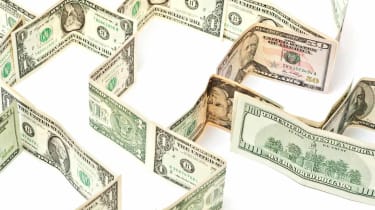 To an economist, an annuity is the most sensible way to provide safe income in retirement. In fact, economists spend more time researching why more Americans don’t buy annuities than they do estimating whether annuities are a sensible investment.

Why are annuities sensible? The math is pretty simple.

Instead of a pension, most of today’s workers have so-called defined contribution savings accounts, such as 401(k)s. At retirement, savings in a 401(k) are often rolled into an IRA with little guidance on how that money should be used as income. If I have $500,000 in my IRA, how much of that can I safely spend each year to fund my lifestyle? As it turns out, this isn’t an easy question to answer.

The Problem with Retirement Income Planning

Funding income in retirement from a savings account is difficult for two primary reasons. First, retirees don’t know how long they’re going to live; and, second, they don’t know what kind of returns they’ll get on their investments. A long life and low investment returns can translate to a much lower safe spending rate than what they’d need to fund their desired lifestyle.

Because no retiree knows precisely how long they will live, they typically have two choices. Either spend a lot and enjoy retirement to the fullest at the expense of possibly running out of money, or spend very little in the hope that the money won’t run out in old age.

But there is a third choice. An income annuity is like a membership in a long-life income club. Retirees pool their money together and then let an insurance company invest their savings and send periodic checks to the retirees who are still alive. The insurance company hires actuaries to estimate how long a large pool of retirees will live and then prices the income based on this distribution of lifespans.

The advantage of the long-life income club is that the retiree can spend as if she were going to live an average lifespan, say to age 86, with no risk she will run out of money if she lives to age 100.

While no one should put all of their retirement savings into an annuity, let’s assume for the sake of this example that a woman buys a $500,000 income annuity. At today’s low interest rates, a 67-year-old woman can buy an income of about $2,800 per month (or $33,600 per year) if she joins the long-life income club. This may not sound like a lot, but it is considered fair based on today’s interest rates and her expected lifespan.

To see why it’s fair, imagine that she had instead spent $33,600 every year from her $500,000 in savings. Let’s also assume that she was able to earn 3% on her safe savings (which is likely more than retirees can receive from money market funds, CDs or short-term bond investments). Each year, she chips away at her principal to support the $33,600 income. But when we do the math, we see she runs out of money at about age 86. If she lives to age 96, someone will need to chip in more than $400,000 to support her lifestyle.

By joining the long-life income club and securing protected lifetime income through an annuity, a retiree is able to live better and live safer than a retiree who doesn’t join the club. She can spend more money without worrying that she will run out in old age. This is why economists refer to the failure of more consumers to annuitize some portion of their retirement portfolio as the “annuity puzzle.”

How do you join the club? There are several ways:

Like a mutual fund (or any other financial product), it pays to do your homework when deciding which annuity is right for your retirement goals. Some annuities can be complex products and fees and expenses can vary widely among providers. Remember that insurance companies create these products from investments such as bonds, stocks and options, and there will always be tradeoffs among income, liquidity and growth.

Michael Finke is the Chief Academic Officer at The American College of Financial Services and former director of the Retirement Planning and Living Center at Texas Tech University. He is also a Research Fellow for The Alliance for Lifetime Income. He received a Ph.D. in consumer economics from The Ohio State University and in finance from the University of Missouri. He is the 2013 and 2014 recipient of the Montgomery-Warschauer Award for the most influential paper in financial planning, and the 2017 CFP Board Center for Financial Planning Best Paper Award in Investments.