5 Mistakes NOT to Make with Annuities

Annuities can be a valuable tool in your retirement arsenal, IF you choose wisely and use them in the right way.

Recently, we learned an elderly client had unexpectedly cashed out of an annuity that was part of her portfolio and moved her money to another product.

In the process, she accepted a $13,000 surrender charge, increased the amount of time her funds will be tied up with a different annuity and guaranteed herself a lower rate of return. When I called her, she said an insurance agent had advised her to make the change.

It’s frustrating to see someone taken advantage of that way — but I know why it happens. Although annuities get a bad rap, there are ways to use them to complement an overall financial plan. Unfortunately, the types and terms are complicated. I find that even some insurance agents don’t understand all the moving parts, or they don’t seem motivated to clear up the confusion for their customers.

Here are five things you should know about annuities to avoid making an expensive mistake:

In exchange for the income guarantees an annuity offers, you’ll likely have to agree to a surrender period — a designated amount of time you’ll wait before withdrawing more than a predetermined percentage of your money. (Usually 10% per year.) If you break that agreement and cash out early, you may have to pay a hefty fee. To be clear, there are cases in which the structure of an annuity is so dismal that taking a reasonable surrender penalty might make sense. But any agent encouraging you to pay a penalty should show you the math behind why it makes sense to do so.

I have yet to meet a person who doesn’t mix these up. And for good reason: Annuity contracts are often complex, and even the people selling them can get lost in the language.

Insurance companies aren’t in business to lose money. If they’re offering a bonus to consumers — such as extra interest in the first year — they likely are making up the money with a lower interest rate for the life of the investment. While bonuses can be useful, it’s a mathematical equation to decide whether the overall product is more advantageous than another one without a bonus.

4. Be mindful of how your money is moved.

When you move from one annuity to another, the money should go directly from institution to institution. The professional with whom you’re working must check a box on the application that says you are replacing an existing annuity, and this triggers an audit for your protection. The annuity company then researches whether switching annuities is appropriate. In the case of our elderly client, the insurance professional had her cash out her annuity with us and move the money to her bank account. The new annuity was then purchased with a check.

Neither annuity company did an audit because they didn’t know they were dealing with a replacement. An audit would have revealed the move was not in the best interest of the client, and the investment would have been denied. (Another important point: When you do need to write a check, always write it to a third party, such as TD Ameritrade, Fidelity Investments or the insurance company. Remember Bernie Madoff? He had everyone write checks directly to his company name so he had direct control over the funds.)

5. Know how the person selling your annuity is licensed and paid.

An insurance agent usually takes a lump-sum commission after the sale of an annuity — and usually, the longer the annuity’s term, the more he or she will make. Financial professionals who are licensed to sell both securities and insurance have less incentive to choose one investment over another. They should be looking out for your best interests, not the bigger paycheck, which decreases conflicts of interest and supports more consistent service .

I’ve seen annuities do amazing things for people (including helping avoid what happened to so many investors in 2008). But all annuities are not created equal. Follow the points listed above, and work with a financial professional you trust.

Abigail (Abby) Havermann is an Investment Adviser Representative with Havermann Financial (www.havermannfinancial.com). A former couples therapist, she has a master's degree in social work, and since partnering with her husband in 2007, she has obtained her Series 7 and Series 65 licenses. 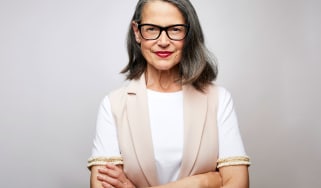 Before buying, ask some key questions to learn exactly what you’re getting and how this type of annuity can create reliable retirement income.
Saver's Credit: A Retirement Tax Break for the Middle Class