In a down market, Justin Pierce was able to buy homes for cheap, fix them up and sell them for a huge profit. 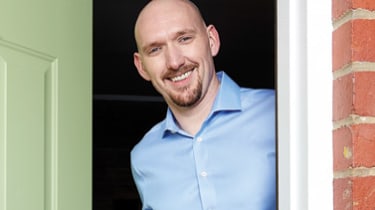 The housing market collapse created hardships for millions of homeowners. For Justin Pierce, 37, it represented an opportunity to make money.

Pierce, a former Marine who has invested in rental properties and managed a construction firm, started buying properties in the Washington, D.C., area in October 2008. With the economy in a tailspin, he was able to buy homes for as little as $90,000, which was less than the cost of building a new house in the D.C. area, he says. He fixed up his first house and sold it four months later for $185,000. In 2010, he bought several more homes and sold them for $220,000 to $240,000, usually within six months. Since then, prices for distressed properties have risen, which has reduced Pierce’s profits. Between July 2011 and the spring of 2012, he estimates that prices for fixer-uppers increased by 20% to 25%, while sale prices for remodeled homes in move-in condition remained stagnant. Over the past year, he has flipped about ten houses; the average net profit ranged from $15,000 to $30,000 per home, which he splits with his investors, who fund the majority of his upfront costs. Pierce expects a higher return on his current projects because prices for remodeled homes in the D.C. area have been moving higher in recent months.

Pierce has a real estate license, which helps him estimate not only how much a buyer will pay for a property but also the value an appraiser will put on it. He spends a lot of time poring over real estate data. “The two real keys to this business are knowing what the property is going to be worth after you fix it up, which isn’t easy, and knowing your costs,” he says.

Pierce doesn’t watch TV programs about flipping houses, and he cringes when he hears commercials that suggest it’s an easy way to get rich. Novice flippers often underestimate how much work is required, he says. “People think they’re going to paint a house for $1,000 and carpet it for $2,000. You can’t paint and carpet a home for even $10,000.”

His long-term goal is to continue what he’s doing now, but on a larger scale. “I’d like to be turning twice as many properties,” he says.

As a home seller, you don't want to let the small -- or big -- fixes around your house that have added up over the years sabotage your bottom line dur…
How Snowbirds Can Be Taxed as a Florida Resident

How Snowbirds Can Be Taxed as a Florida Resident

If you live in a high-tax state during the summer but winter in Florida, you'll likely save big bucks if you can establish residency in Florida.
The 25 Cheapest U.S. Cities to Live In