Are Tech Stocks in a Bubble? Nah.

That doesn't mean a little air won’t come out of Facebook and friends now and then. 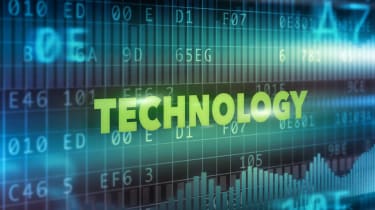 If you follow financial news, you’ve likely seen a recent spate of headlines wondering if we’ve entered a bubble in technology stocks akin to the one that popped in March 2000, sending stocks tumbling into a bear market. Many such stories cropped up in early June, when a pullback in mega-size FAANG stocks — Facebook (FB), Amazon.com (AMZN), Apple (AAPL), Netflix (NFLX) and Google’s parent, Alphabet (GOOGL) — caused a 5.3% dip in Standard & Poor’s 500 Information Technology index (a subindex of the S&P 500) from June 8 through July 3. Tech stocks have since bounced back, and the tech index has returned 22.4% so far this year, including dividends, compared with an 11.1% total return for the overall market. Still, for wary investors, the June blip triggered an unpleasant memory.

As happened at the end of the last century, a small group of stocks seems to be driving the performance of the overall market. The average stock in the S&P 500 is up 9.1%, for instance, while the worst-performing FAANG, Alphabet, has returned 23.3% this year. (Facebook leads the way with a 39.0% gain). As in 2000, says Leuthold Group chief investment officer Doug Ramsey, a boundless enthusiasm about rapid technological innovations seems to permeate the market. But are we in another tech bubble? “No,” says Ramsey, “and it’s not even close.”

Though the value of the S&P tech index sits right below its 2000 peak (while comprising a similar number of stocks), tech stocks today come with much cheaper price tags, he says. For instance, in March 2000 the median S&P 500 tech stock traded at 79 times the past 12 month’s earnings. Today’s median tech price-earnings ratio: 24, or 70% lower. The difference is even greater in terms of another valuation measure, price-to-cash flow (earnings adjusted for depreciation and other noncash charges). The median tech stock traded at 60 times cash flow per share in 2000, four times the current multiple of 15.

Ramsey concedes that the current batch of tech stocks might appear more vulnerable than their turn-of-the-millennium counterparts in terms of one measure: corporate profit margins. Looking at the net income that companies wring out of each dollar of sales, Ramsey finds that today’s large-company tech stocks are an eye-popping 80% more profitable than such stocks were at the tech bubble’s peak. But that makes sense, he says, given that today’s tech leaders (say, those involved in social networks or cloud computing) don’t have nearly the expenses of a company that was churning out PCs back in the ’90s. Moreover, the sector has maintained profit margins at the current level for six or seven years, and those margins look sustainable, says Ramsey.

As for the group of stocks leading the charge, they may not be driving the overall stock market quite as much as investors think, says Liz Ann Sonders, chief investment analyst at brokerage Charles Schwab. She says that the market isn’t nearly as top-heavy as it was in 2000. And even if some of today’s mega-cap tech stocks look pricey after recent run-ups (Facebook trades at 31 times year-ahead earnings, for instance), they are still robust, established companies with significant earnings capabilities – a sharp contrast to big growers during the last tech bubble. “Many of the companies back in 2000 had no earnings. They had no prospects for earnings,” says Sonders. “They had no ability to be ongoing entities.” Investors, she says, were valuing such companies on made-up measures, such as price compared to the number of “eyeballs” – or viewers – on a website.

Even if no bubble is about to burst, overinflated tech stocks will likely lose a little air now and then. Sonders says the market is likely to undergo “rotational corrections,” with minor pullbacks in stocks that have become overvalued. That’s what happened in June, she says, when investors pulled their money out of tech names and into financial stocks, which offered better potential at the time. The market as a whole didn’t come tumbling down, and neither, in the end, did tech stocks. Sonders continues to view tech as one of market’s more promising sectors, and she thinks that bubble fears will occasionally bring some high-flying names back to Earth. Maybe those breathless headlines are a good thing after all, if they keep valuations from getting out of control. Ramsey certainly thinks so. “That’s the kind of worry we like to see,” he says.

For low-cost exposure to a broad swath of technology stocks, consider Vanguard Information Technology ETF (VGT, $146.78). The market cap-weighted fund skews toward tech giants, with Apple, Microsoft and Facebook occupying the top spots in a portfolio that invests 55% of its assets in the top 10 holdings. Its 0.10% expense ratio is among the lowest in its category.