What I Bought When Stocks Tanked

Our "Practical Investing" columnist happily seized the moment to buy two stocks that had been on her wish list for a long time: Costco and Boeing. 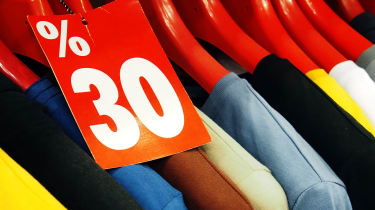 As those who have followed this column for a while know, I become nervous during stock market rallies and practically gleeful during market corrections. So when the market dropped by 7.8% over a one-week stretch in early February (which happened to contain my birthday), I considered it a gift.

Why? I was holding more than $26,000 in cash in the Practical Investing portfolio that I wanted to deploy. I'd built up this cash cushion over the past year, believing that the bull market was long in the tooth. But when I had a chance to digest the tax law passed in December, I changed my mind. I believe the law is likely to help both the economy and corporate earnings enough to fuel further stock market gains.

The problem was that Wall Street agreed with me a little too vigorously. Following the law's passage, stock prices zoomed forward at a breakneck pace. I wasn't about to join in the feeding frenzy. Optimism is reasonable, in my humble opinion, but exuberance is not.

Let's back up a step to explain why the tax law improved the market's prospects—but not enough to sustain Wall Street's irrational exuberance. As you probably already know, the law made a number of sweeping changes to both individual and corporate taxes. On the individual side, it raised the standard deduction and cut tax rates across the board, but it also eliminated personal exemptions and pared back a number of deductions.

Although much has been made of the people who will lose these deductions, the net effect is that 90% of Americans will get a tax cut. The Tax Policy Center, a Washington, D.C., think tank, estimates that the average middle-income family will pay $900 less. That gives the average family about $75 more each month in spending power.

But U.S. corporations were the biggest winners. Top federal corporate rates dropped from about 35% to 21%—a massive savings. Hundreds of corporations have promised to pass on a portion of their savings to workers in the form of bonuses and higher starting wages. The Tax Foundation, another policy group, estimates that the net result of the law is that companies will boost pay hikes by an average of 1.5 percentage points each year over the next decade.

But in the market's classically manic-depressive style, euphoria turned to fear that all that growth might also lead to inflation and higher interest rates—and suddenly Wall Street's collective psyche fell into a deep funk in early February. Stocks plunged, briefly bringing prices back to where they were before the tax-law rally. I happily seized that moment to buy two stocks that have been on my wish list for a long time.

One was Costco Wholesale (symbol COST, $192), the big-box retailer where I spend most of my disposable income. The other was Boeing (BA, $355), maker of commercial and military jets, satellites, and missile defense systems. Both highly profitable and well-managed companies are expected to grow at better-than-average rates over the next few years. And I believe they'll make good use of the tax dollars they're likely to save under the new law. I bought 60 shares of Costco for an average price of $182.56; I snapped up 35 shares of Boeing at $334.44 each, and another 10 shares for $323.16 each, which ate up my cash.

I'll detail my analysis of both companies in a later column. For now, I'll just say that even though I could have picked up both stocks for even less as the market continued to tumble, no one can call a market bottom, and I'm glad I jumped at the opportunity.

Bonds can be more complex than stocks, but it's not hard to become a knowledgeable fixed-income investor.
Stock Market Today 9/18/20: Wild Friday Features More Woes for Tech

Evidence of a slowing economic recuperation reinforced some of the Fed's worries, leading to a broad drawdown in Thursday's trading.
Skip to ContentSkip to Footer