Stock prices are reasonable relative to earnings and the returns from alternatives are meager. So, there's your upside potential. 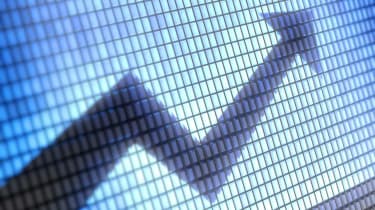 During a recent TV interview, I was asked whether I thought the Dow Jones industrial average could reach 20,000 in 2015. “Most certainly,” I answered—and immediately headlines reported that Siegel was predicting Dow 20,000 for 2015. Of course, saying that the Dow could reach 20,000 is about as meaningful as saying that it could snow in Central Park in July. Can the Dow really hit that level?

Today’s stock market is certainly not as undervalued as it was in early 2012, when I made the bullish forecast that the Dow could hit 17,000 by the end of 2013, or as in late 2013, when I predicted that the Dow would end 2014 at 18,000. As stock prices near fair market value, the range of possible outcomes increases.

Nevertheless, at 20,000 the Dow stocks would be selling at just 17 times estimated 2015 earnings—only slightly higher than the median price-earnings ratio of 16.4 for these stocks over the past 20 years. Furthermore, earnings estimates for 2015 are only about 5% above 2014 estimates. This modest growth can easily be achieved by adding 2% expected inflation to the 2% to 3% earnings boost caused by stock buybacks. And if economic growth accelerates, earnings could grow much faster.

But if the Dow is to reach 20,000 in 2015, there will have to be an expansion of P/E ratios as well as earnings growth. I believe that P/Es will continue to rise as a result of low interest rates that will persist into the year; interest rates will rise in 2015, but the increases will remain modest by historical standards. That’s because slower economic growth reduces the demand for capital, and because aging baby-boomers like the safety of bonds despite their low yields. Low rates will induce investors who are less risk-averse to continue to shift into stocks, and that should increase share prices.

Plenty of risks. Of course, a lot can go wrong with this bullish scenario. A major terrorist attack on the order of 9/11 (or worse) or a pandemic that turns out to be much worse than the recent Ebola scare is always a possibility. Another risk is a brewing shortage of skilled workers that would push wages and labor costs upward. That could generate inflationary pressures that force the Federal Reserve to raise short-term interest rates earlier and faster than anticipated.

On the international front, there are also risks. Russia’s Vladimir Putin could become more aggressive and begin eyeing the Baltic states and other former Soviet republics. In addition, China might take offense at any further monetary easing by the Bank of Japan that weakens the yen and erodes China’s competitive position. World trade is a linchpin of the global economy, and anything that disrupts trade—sanctions, embargoes, currency wars—could also cause significant economic damage.

Pleasant surprises. But there could also be plenty of unexpected upside in 2015. Labor participation rates could rise, easing fears of a labor shortage, and lower oil prices could revive productivity growth. That would increase the buying power of Americans and propel stocks higher. And wouldn’t it be nice if Congress and the President could agree on legislation to help solve our long-term-deficit problem? But don’t hold your breath; the GOP will probably wait for the 2016 election results.

Stock investors must realize that we have always lived in a world of uncertainty, and it’s no different now. You cannot wait until the sky is completely clear before you invest in the market. Right now, stocks are priced at reasonable levels relative to earnings and are particularly attractive given the returns available elsewhere in the financial markets. The Dow may not reach 20,000 in 2015, but I believe that this bull market still has plenty of room to run.