Worries About China’s Economy Are Overblown

Among the consequences of China's slowdown: lower commodity prices, which actually benefit the U.S. 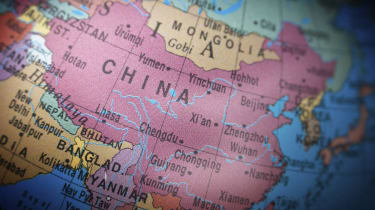 With China’s economic woes in the headlines, the first question many stock traders ask each morning is, “How did the Shanghai Composite index do overnight?” Even Federal Reserve Chair Janet Yellen cited “global risk” (clearly referring to China’s market instability) when justifying holding off on increasing interest rates.

But when you dig down into the details, China’s economy does not loom large for the U.S. For instance, U.S. exports to China last year totaled about $121 billion, virtually unchanged from 2013, and accounted for only 0.7% of U.S. gross domestic product.

Furthermore, a slowdown in China produces powerful countervailing forces that reduce any negative impact on U.S. exports. Because China is such a major importer of oil and other commodities, a slowing Chinese economy means lower prices for oil, copper, iron ore and other materials imported by the U.S. and most other advanced countries. Certainly events in China are part of the reason for the recent decline in oil prices, which benefits U.S. producers and consumers. In fact, J.P. Morgan has determined that when all the effects are added together, the positive impact of falling commodity prices offsets the negative impact on trade, and the short-term impact on U.S. GDP is negligible.

In search of savers. Although I agree with this assessment, it’s possible that the effects of slowing Chinese growth could be much more substantial if they signal that China and other emerging economies can’t grow as fast as expected. Economic growth is the most effective way to mitigate the impact of the “age wave”—the tens of millions of workers in developed countries who will enter retirement over the next several decades.

Retirees are consumers, not producers, which means they must sell assets from their portfolios in order to finance their consumption. Unfortunately, members of the younger generations in the developed world are not sufficiently numerous, nor do they have enough income, to absorb all of these assets. Without a boost from other savers, asset sales by retirees may initiate a significant decline in the prices of stocks and bonds.

Fortunately, my research suggests, emerging economies could provide the needed savings to absorb retirees’ asset sales. To do that, however, they’ll have to achieve growth of 4% to 5% per year in labor productivity, or output per hour worked. China has easily surpassed that bar, even though its recent annual growth has slowed from more than 10% to 6% to 7%.

But much of the emerging world is not yet up to that level; Latin America has been a particular disappointment in recent years. The important question is this: If China is reaching the limits of its growth, does that call into question the potential growth in India and other emerging economies? If so, then the U.S. and the rest of the developed world will be much worse off.

Unrealized potential. I don’t share this fear. The downturn in commodity prices has hurt many emerging economies, particularly Russia’s and those in Latin America, but it has helped others, such as India’s. India is seeing its GDP grow by nearly 8% this year, and that trend is expected to continue in 2016. And Africa, the world’s poorest continent, has scarcely begun to realize its potential.

The deceleration of the Chinese economy may be more severe than Beijing admits. But China is only one part of the global economy, and even its recent slowdown does not spell the end of growth. In planning for the long run, investors should look further ahead. And the future prospects for world economic growth are still very favorable.

The Strange Psychology of COVID-19 and Investor Behavior

The Strange Psychology of COVID-19 and Investor Behavior

Investors have a new set of behavioral trapdoors to avoid. Knowing what these unconscious, and often irrational, tendencies are, and why we sometimes …
The Scary Costs of Fight-or-Flight Investing

From Betterment to Ellevest and Weathsimple, socially responsible investing apps are gaining steam. And those worried they’d have to sacrifice returns…
Skip to ContentSkip to Footer