When investors like Carl Icahn and Bill Ackman turn the heat on management, shareholders stand to benefit. 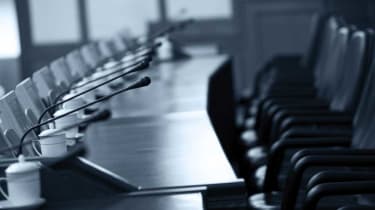 One way to make money is to mimic Wall Street’s activists—investors who, in an effort to unlock a firm’s value, buy a big stake and then pressure top execs to take steps to boost the share price. By persuading the bosses, other shareholders or both of the wisdom of their approach, activists can force a company to cut costs, split in two, unload a lagging unit or sell the entire business.

Although the strategy requires patience, I’m a believer in its effectiveness. My portfolio holds major positions in four stocks—Apple (symbol AAPL, $127), Darden Restaurants (DRI, $63), Howard Hughes (HHC, $145) and Juniper Networks (JNPR, $24)—partly because of activist support. (Prices are as of March 6.)

You may not like activists such as Carl Icahn and Bill Ackman, but, by capitalism’s standards, they are the good guys. A 2013 study by Columbia, Duke and Harvard found that companies targeted by an activist actually performed better—-as businesses, not just as stocks—-five years after the activist’s campaign began.

Finding out what the big guys are doing is easy. When a person or a group acquires more than 5% of a publicly traded company, the buyer must file a Form 13D with the Securities and Exchange Commission. After an activist files a 13D, the stock he or she has purchased rallies a quick 6%, on average. But the stock often relinquishes much or all of the gain, and a waiting game begins.

Few know more about 13D filings than Ken Squire. He publishes the 13D Monitor, an advisory service that tracks the moves of activists, and he manages the 13D Activist Fund (DDDAX), a mutual fund that beat the stock market in each of its first three full years of existence, starting in 2012.

When Squire started his service, activists were often derided as quick-buck artists who cared only about their own wallets. No longer. “The trend is for companies to work with activists,” Squire says, “because advisers tell them activists are getting so much more support from other shareholders.”

That is good news for me (and for you) because it means activists with a persuasive argument have a much greater chance than in the past of having their agenda adopted. Accordingly, says Squire, you should buy the stock of a targeted company not when an activist’s position is disclosed but when he or she wins a seat or two on a company’s board of directors. By joining the board, an activist can help boost the stock without setting off any fireworks. Squire notes that shares of Valeant Pharmaceuticals (VRX) have climbed 11-fold since Jeff Ubben’s ValueAct Capital first got a seat on the board in 2007. (I own Valeant, too.)

I’m hoping for something similar at Darden Restaurants, which owns Olive Garden and other restaurant chains. Jeff Smith, of hedge fund Starboard Value, became Darden’s chairman last October and was able to have his entire slate elected to the board. “With Smith on board,” Squire says, “you know that anything done will be value-enhancing to shareholders.”

Not foolproof. Sometimes activists goof, as Pershing Square’s Ackman did when he installed a new CEO at J.C. Penney. But activists, unlike entrenched executives, almost never take an action that enriches themselves at the expense of other shareholders.

A mimicking strategy doesn’t win overnight. Juniper was $22 when Elliott got involved early in 2014. The stock has since climbed all of two bucks. But patience has always been a core value for value investors, so why should things be any different when hitching a ride with an activist?